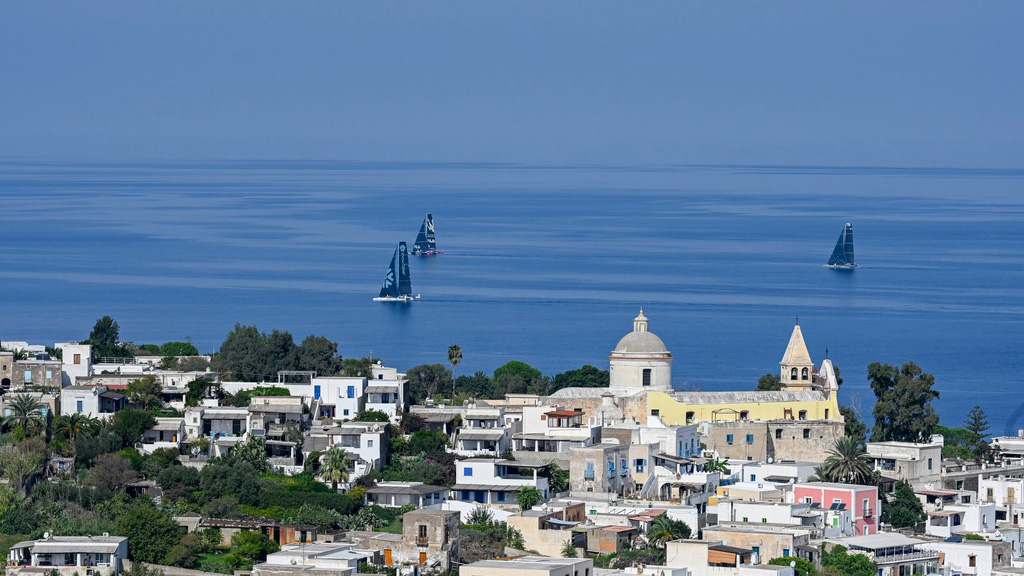 The leaders of the 2022 Rolex Middle Sea Race have crossed the finish line. Both the monohull and multihull line honours winners were a long way from record pace in the light winds race

The first boats in both the monohull and multihull fleets have now finished the 603-mile Rolex Middle Sea Race, which started last Saturday 22nd October 2022.

Competition was close in the multihull fleet as several boats were in contention for the much-sought-after line honours win as the fleet approached the finish line. Just after midnight, Tuesday 25 October, MOD70 Mana ghosted across the finish line to beat a charging Zoulou (another MOD70) by a mere 56 seconds at the mouth of Marsamxett Harbour.

The race had appeared in the bag for Mana from as far back as Favignana. A real twist at the death saw a two pronged attack from Zoulou and Maserati Multi 70 created some tense moments onboard Mana as it looked for a time that they would be overhauled by one or the other of the charging two.

Ultimately, however, the crew of Riccardo Pavoncelli’s Mana (ITA) held their nerve and held off the challenges, crossing the finish line at 00.32.38 CEST with Erik Maris’ Zoulou (FRA) one minute later at 00.33.32 and Giovanni Soldini’s Maserati (ITA) finishing a further 10 minutes back.

With five MOD 70s (out of a total fleet of seven) gathering for the first time since 2012, Pavoncelli was understandably thrilled with the result: “We have been trying to get all these boats together for a long time. Mana is one of the only original ones, so it was particularly satisfying for me to win, because we have maintained the boat in its original state.” 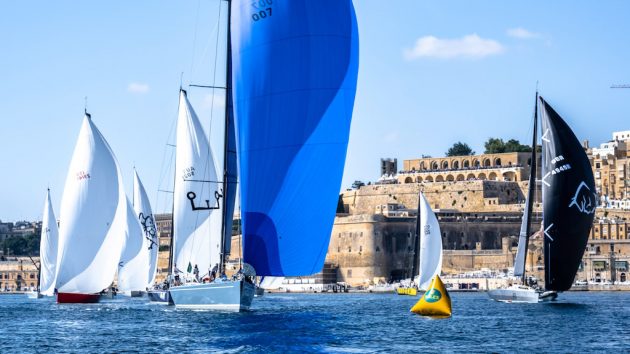 12 hours after the hard-fought battle between the multihull fleet, the first single-hulled boat came home to win the monohull line honours. The Farr 100 Leopard 3 , with Joost Schultz at the helm, crossed the finish line of the 2022 Rolex Middle Sea Race on Tuesday, 25 October in an elapsed time of 70 hours 34 minutes 29 seconds.

This is the third time Leopard 3, skippered by Chris Sherlock, has participated in the Rolex Middle Sea Race and the second time it has been first monohull home, winning the RLR Trophy. “It is emotional to take line honours after three days and nights of racing,” commented Joost Schultz. “There have been lots of ups and downs and surprises. This race has a lot of twists and turns around every corner, including getting caught in fishing nets and ripping sails.”

It has been a largely light wind race for all fleets. Leopard’s elapsed time is some 30 hours outside the monohull race record of 40 hours 17 minutes 50 seconds established in 2021 by Comanche – which was something of a spectacular year weather-wise with both the multi and monohull records falling.

Initially, it had been Andrea Recordati’s Wally 93 Bullitt that led the monohull fleet in the early stages of the race. It took Leopard 3 until just after Palermo to catch up with her. However, from the momoment Leopard moved into the lead they were never seriously challenged again and Bullitt crossed the finish just under an hour behind Leopard 3 on elapsed time.