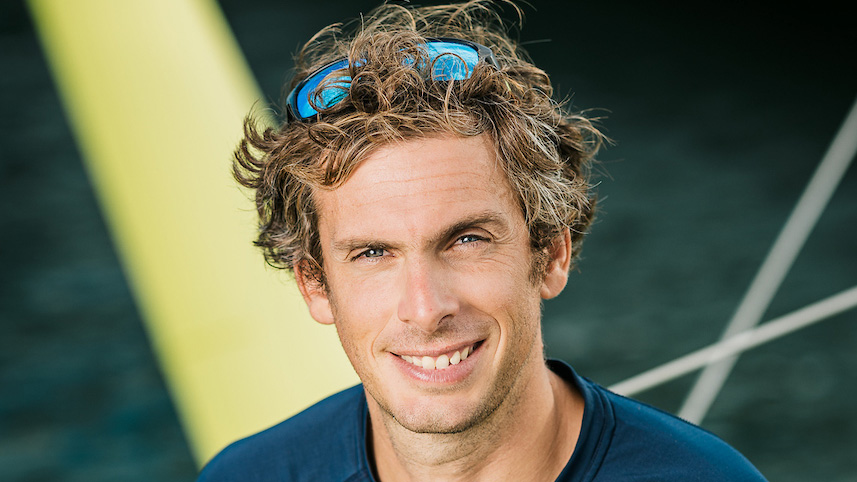 As the 2022 Route du Rhum approaches, we take a look at some of the top names set to compete in the race. Toby Heppell looks at Charlie Dalin’s chances

Charlie Dalin has risen to become one of the stand-out stars of the current generation of IMOCA 60 sailors. His biggest moment in the spotlight so far was crossing the finish line first in the last edition of the Vendée Globe, though his entire career trajectory is one of success after success

Despite finishing 1st on the water into Les Sables d’Olonne in January 2021, however, Dalin was not the overall winner of the solo round the world race. Yannick Bestaven, who crossed the line 2nd, was awarded 10 hours and 15 minutes of redress for his part in the rescue of Kevin Escoffier. This meant that Bestaven was declared the overall winner.

Leading the fleet in the world’s most celebrated offshore race is something many skippers hope (and fail) to achieve in a lifetime: Dalin crossed the finish of the Vendée Globe in 1st place on his first try.

Dalin sailed a near-faultless race during the 2020 Vendee Globe. In addition to demonstrating the speed of his latest generation Apivia, and his tactical nous, he also showed that other highly important skill of the solo offshore racer: a Macgyver-like ability to make repairs on the fly. When his port foil casing failed in the Southern Ocean, the Frenchman was forced to construct a remarkable 18-hour repair that involved climbing out onto the foil and reinforcing it with a complex web of lines.

Since the 2020 Vendee Globe, Dalin has maintained his winning momentum. He was 2nd alongside co-skipper Paul Meilhat in the double-handed 2021 Transat Jacques Vabre, and won the solo Vendée Arctique in early 2022.

These impressive results will be of little surprise to anyone that has followed Dalin’s career over the years. He’s the epitome of a modern day French offshore racer, combining both technical and sailing skills with a slick professionalism and daunting work ethic.

Like so many other talented young French sailors, he began his career in the Mini 6.50 class, taking 2nd place in the 2009 solo transatlantic.

After studying Naval Architecture at the university of Southampton, he was accepted into the Pôle Finistère Course au Large based out of Port-la-Forêt. This is widely accepted as a training ground for the best offshore racing talent in France (and, therefore, the world).

Having moved into the Figaro class, more podium places followed, including 1st in the Transat AG2R in 2012. He also took the title of Elite French Singlehanded Offshore Racing Champion in both 2014 and 2016.

Dalin was accepted onto the highly competitive Macif collective and swiftly moved into IMOCA racing. He joined Yann Elies for the double-handed 2015 Transat Jacques Vabre, with the pair picking up a 3rd place, and was subsequently named reserve skipper for Elies ahead of the 2016-17 Vendée Globe, though did not compete. 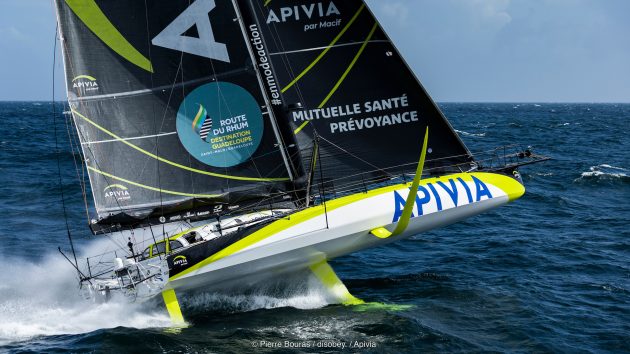 In 2018 Apivia named Dalin as their skipper for the 2021-22 edition of the Vendée Globe, with the intention of building a brand new boat for the race.

The boat was designed by the highly experienced Guillaume Verdier and built at CDK Technologies in 2019. These were considered trusted options in a fleet that was increasingly looking further afield for design innovation in the fast developing class, which was now building its third generation of foilers.

Apivia has proven itself to be an incredibly fast boat across the wind range, and optimisation both ahead of the 2020-21 Vendée and since means that it is lightning quick (in the hands of Dalin at least) on all points of sail.

Dalin and Apivia are due to launch a new IMOCA 60 in 2023 (Apivia 2) ahead of the next Vendée Globe, but such is the pace of his current boat he would likely be considered a threat for victory in that event even without a new boat on the horizon.

The 2022 Route du Rhum will see Dalin competing in his current Apivia and he must start as one of only the hot favourites to win the race.