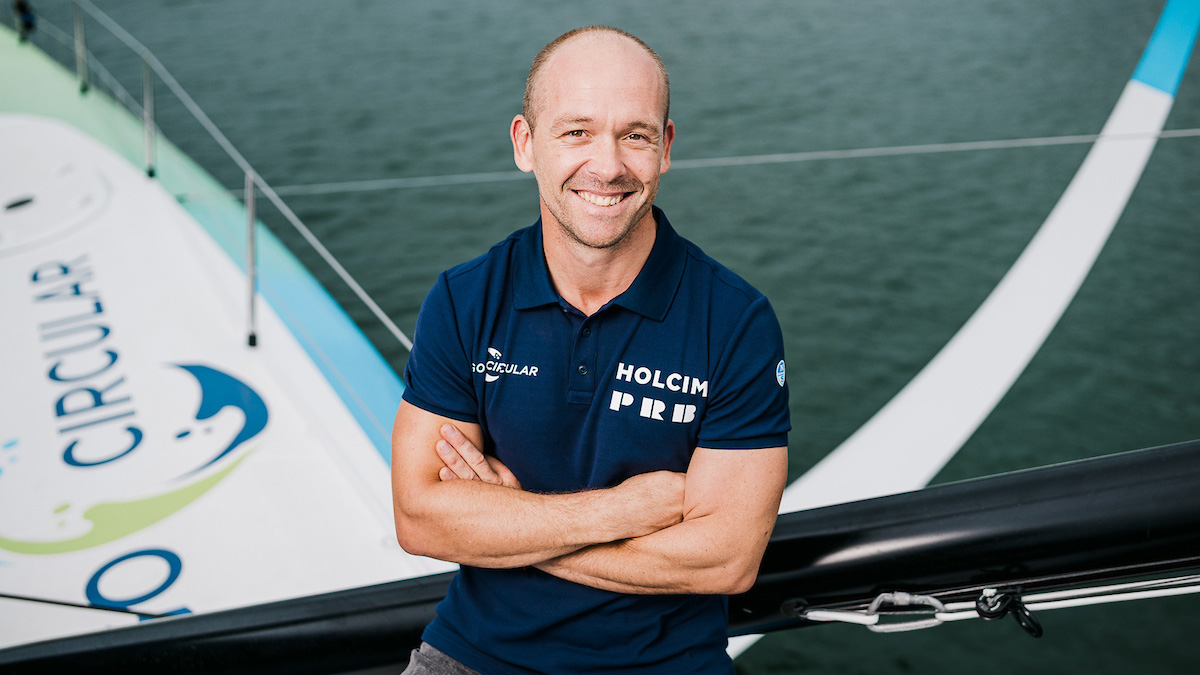 As the 2022 Route du Rhum approaches, we take a look at some of the top names set to compete in the race. Helen Fretter looks at Kevin Escoffier’s chances

Kevin Escoffier is a hugely experienced ocean racer, a Volvo Ocean Race winner and a member of Loick Peyron’s Banque Populaire V crew that smashed the fully crewed round the world record in 2015. However, he didn’t move into solo offshore racing until he was in his 40s.

Escoffier grew up sailing in Brittany, accompanying his father – a passionate amateur offshore sailor – to many of the major ocean races. In 2005 Kevin raced with his father on the Multi50 Crêpes Whaou II in the double-handed Transat Jacques Vabre to Brazil, and won.

After studying composites design and engineering to a high level, he was appointed lead of the design office for the maxi trimaran Banque Populaire at the age of just 26.

Talking to Yachting World earlier this year, Kevin recalled: “They told me, ‘you won’t be sailing’. And I didn’t care. I would be doing one of the best boats ever built. But since I was physically strong, and I knew the boat perfectly from the daggerboard to the top of the mast, they said, ‘Okay, come on the boat just to double check some things’.

“From then on I was pushing, pushing, and pushing. I’d done all the sailing days – every single day that boat was on the water I’d been on board. So that’s how I did the Jules Verne. I was the youngest on board, I was 30 years old sailing around the world.”

In 2012 he was part of the crew of Banque Populaire V when it won the Jules Verne Trophy and broke the world record for a non-stop circumnavigation with a time of 45d 13h 42min 53sec. He then took part in two Volvo Ocean Race campaigns with Dongfeng Race Team, winning in 2017-18.

However it was only after both these huge achievements – winning a crewed non-stop around the world record and the Volvo Ocean Race – that he considered moving to solo sailing, taking over Vincent Riou’s successful campaign at PRB at Riou’s suggestion.

Escoffier started the 2020 Vendée Globe in Riou’s 2010 Verdier/VPLP-designed PRB, which was widely accepted to be one of the best-prepared previous generation IMOCAs in the fleet, having gone through a thorough refit that had included retro-fitted foils.

Escoffier was having a superb race, lying 3rd on the approach to Cape Town, when PRB suddenly and dramatically broke up in November 2020. What followed was one of the most dramatic rescues ever seen during a circumnavigation race.

“The stern of the boat was underwater and the bow was pointing skyward. You’ve seen images of shipwrecks? It was like that, but worse,” Kevin recalled.

He was plucked from the South Atlantic by fellow competitor Jean Le Cam, then later transferred to a French naval vessel while Le Cam continued for the remainder of the race. Escoffier returned to shore determined to return to solo ocean racing and the Vendée Globe.

The 2022 Route du Rhum will be Escoffier’s first entry in the race, and his first major competition with his new boat. His brother, Loic, is also competing in the Rhum Multi class, having also been rescued in a dramatic capsize this summer off Ireland. 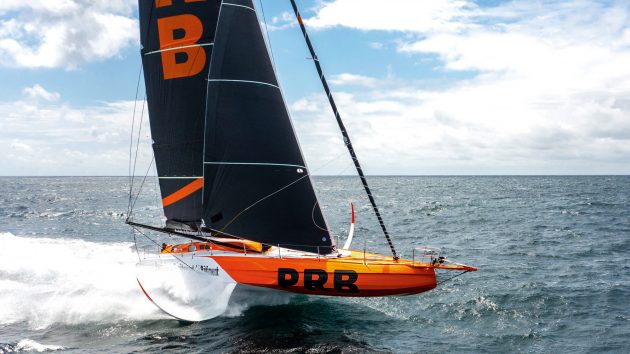 After Escoffier’s return from his abandoned 2020/21 Vendee Globe, he and sponsors PRB (who had immediately renewed) urgently began searching for a new IMOCA. However, due to the current burgeoning popularity of the IMOCA class, build slots were full and lead times long.

Escoffier instead secured a new Verdier-designed IMOCA hull that had originally been conceived as a fully crewed boat for The Ocean Race. The yacht was in build at Carrington Boats in the UK, before a change of circumstances saw the project paused. Escoffier’s team bought the hull, finishing the build in the UK before shipping it to Lorient for final fit out and launching.

Escoffier made several design changes after taking ownership of the hull, including cutting a over 4m off the bow and adding a redesigned shallower section for improved downwind performance.
Escoffier explains: “The hull was designed for The Ocean Race. [Originally] in The Ocean Race a few legs were going north up to China, so it was quite a deep bow in order to also be efficient upwind. Whereas for me most of the races – like the Route du Rhum, Vendée Globe – are more downwind races and single-handed.”

The new PRB also features a fully enclosed cockpit, and a distinctive concave fordeck which both reduces weight and allows for a lowered boom.

The boat was launched in PRB’s traditional orange livery. However, shortly after Escoffier announced a new co-partnership with Holcim and an entry for The Ocean Race (which starts in January 2023), with the IMOCA relaunched as Holcim-PRB and new branding. The campaign now has a busy schedule, going from the solo transatlantic Route du Rhum (St Malo-Guadaloupe) in November 2022, the fully crewed around the world Ocean Race in 2023, and then the solo Vendée Globe in November 2024.