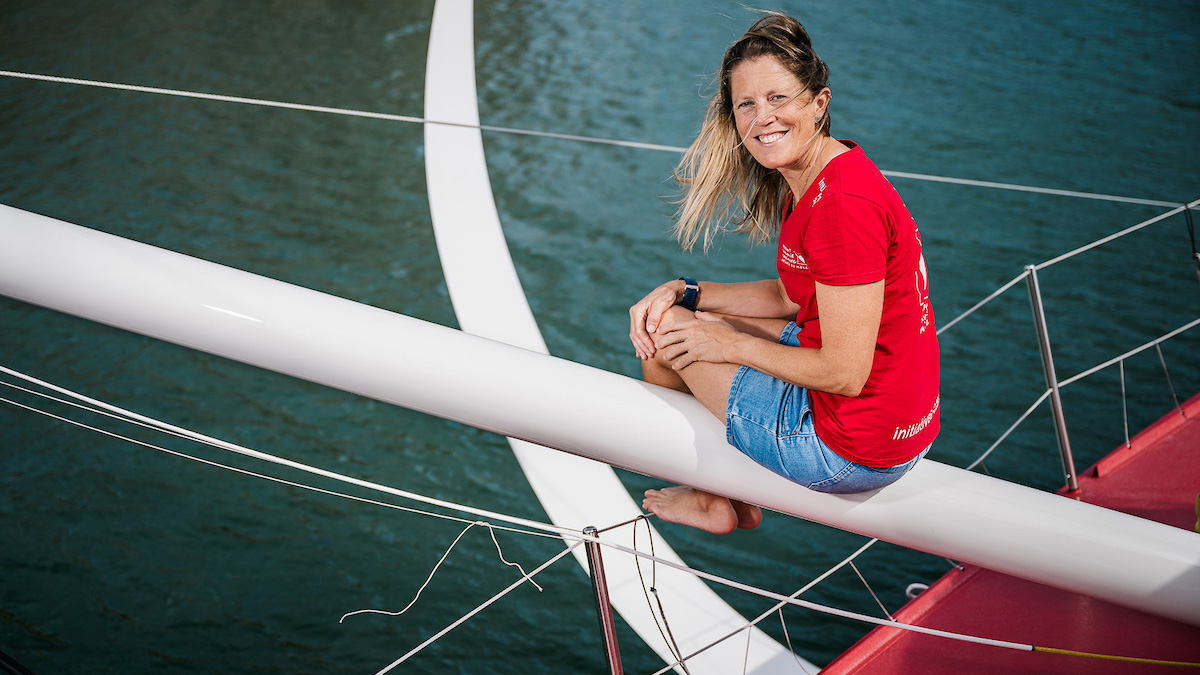 As the 2022 Route du Rhum approaches, we take a look at some of the top names set to compete in the race. Helen Fretter looks at Sam Davies’ chances

English-born Samantha Davies has the rare status of being loved by both French and British sailing fans. She is now among the most experienced IMOCA 60 skippers in the fleet, and well known for being one of its best communicators, also being bilingual.

Sam Davies was born in Portsmouth, on the south coast of the UK, and spent much of her childhood sailing with her parents on their schooner, where she is said to have taken her first steps. After school she studied mechanical engineering at St John’s College, Cambridge, and swiftly moved into competitive sailing, beginning in the Mini 6.50 class.

At the age of just 24, she was part of Tracy Edwards’s 1998 round the world Jules Verne record attempt, which was later dismasted.

She moved to France, and spent many years in the highly competitive Figaro class. Davies became part of the high profile Offshore Challenges team, securing Figaro sponsorship from Skandia, and also sailing with Nick Moloney on his IMOCA 60.

In 2008/09 she competed in her first Vendée Globe on Roxy, crossing the line in 3rd place and finishing 4th after redress was awarded to other competitors (for the rescue of Jean le Cam). For her achievements she was awarded Yachtsman of the Year by the Yachting Journalist Association in 2009, but more significantly she demonstrated that she was a superb story teller, regularly sending engaging videos and blogs from Roxy which demonstrated her love of ocean racing (and the fact that she was also a great asset to sponsors).

She was dismasted in the 2012 Vendée Globe, but went straight on to the all-female Team SCA entry in the Volvo Ocean Race, in which she was made skipper.

Davies has trained for many years at the prestigious Port La Forêt, and now has more than 25 transatlantic races under her belt as well as three circumnavigations.

She missed out on the 2016 Vendée Globe, but returned for 2016 with the 2010 generation IMOCA Initiatives-Coeur, raising awareness for a campaign that funds life-saving heart surgery for children in developing nations.

Initiatives-Coeur suffered a collision in the South Atlantic with an unidentified floating object, and Davies was forced to head to Cape Town to make repairs, which put her out of the race. However, she restarted the circumnavigation to complete the course in 109d 23h 40m, raising thousands of pounds for the charity on the way.

For the 2024 Vendée Globe cycle, Davies has her first new IMOCA, also branded Initiatives-Coeur. This will be her second Route du Rhum, but her first major competition in her new boat.

Sam even has her own Lego model. 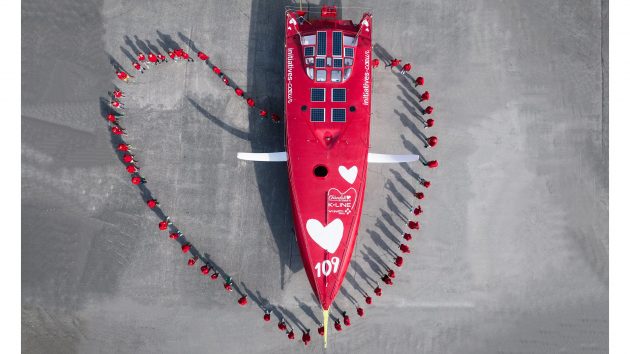 Sam Davies’ newly built Initiatives-Coeur is the second hull to come from the mould originally used for Armel Tripon’s former L’Occitane en Provence (now Bureau Vallée 3). The Sam Manuard design with its radical scow shaped bow was widely admired by skippers in the 2020 Vendée Globe for its seahanding capabilities and high average speeds.

This latest generation iteration of the Manuard design includes new foils, designed to have higher tolerances in a range of conditions, whilst also being slightly smaller than those fitted to L’Occitane en Provence in accordance with the latest IMOCA rule changes.

Other changes were made to the hull construction as some materials are no longer allowed, such as Nomex which has since been replaced by a foam cored or monolithic construction.

Initiatives Coeur was launched in July 2022 and the 2022 Route du Rhum will be its first major competitive outing.