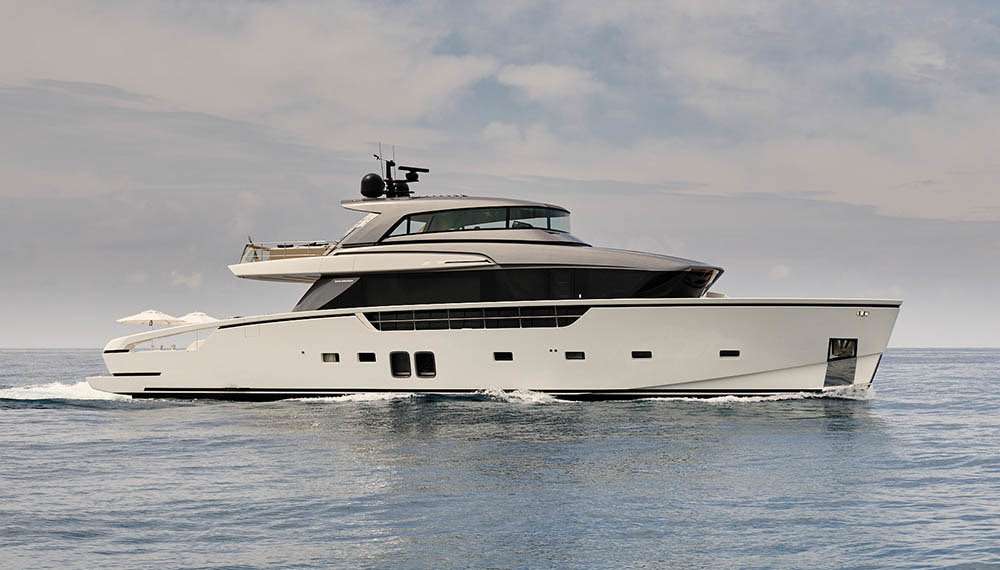 After Leung previously collaborated with the Italian builder on an Asia-infused project for a Sanlorenzo SL106 superyacht in 2016, the teams are working together again with a focus on Sanlorenzo’s SX88. The award-winning crossover ‘Sport Explorer’ model, first introduced by the shipyard at the Cannes Yachting Festival 2017, represents a combination between classic flybridge yachts and increasingly popular explorer-style superyachts. 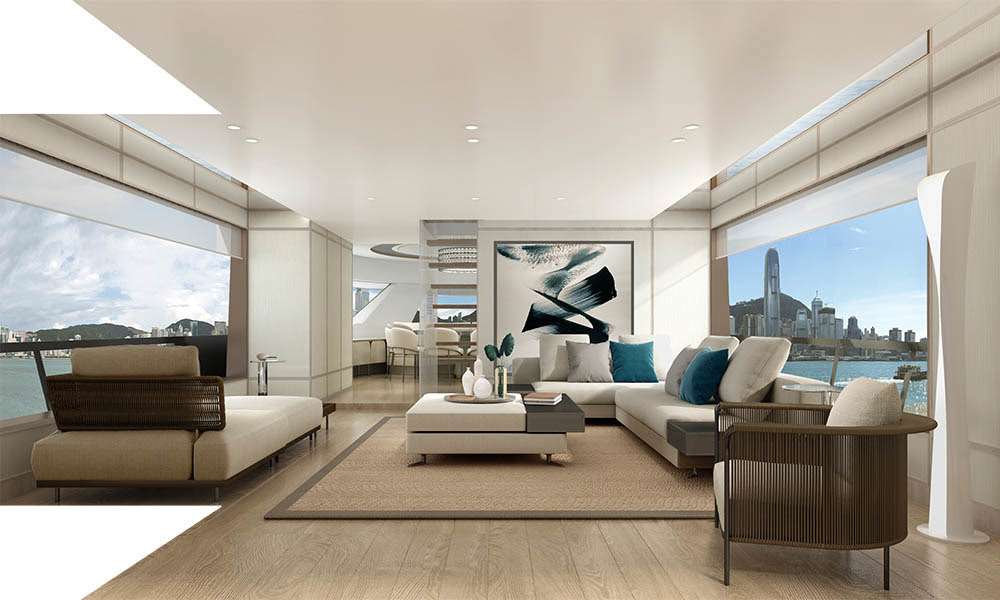 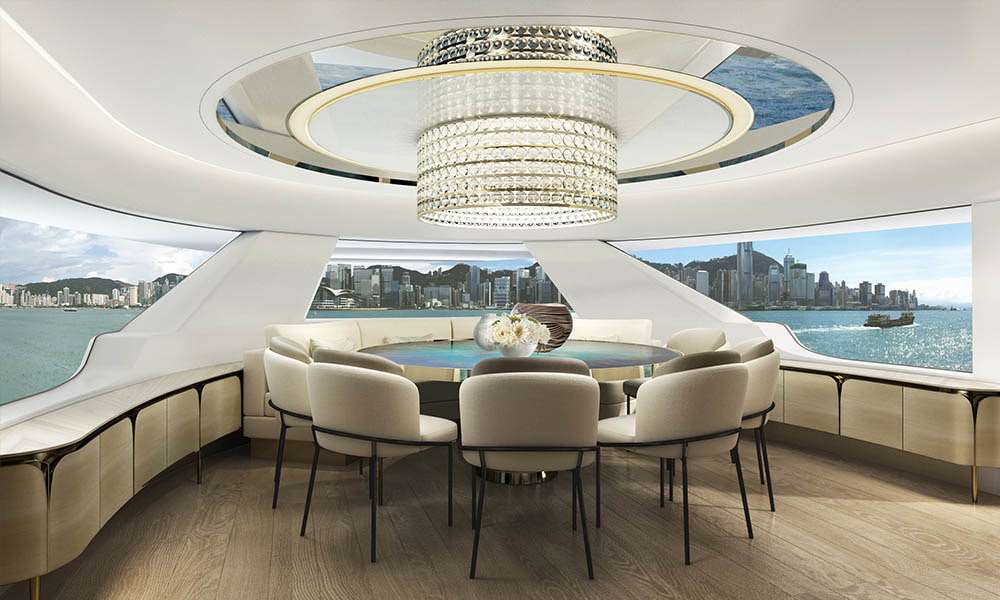 In reinterpreting the design for the SX88, Leung sought to maximise the space to emphasise the boat’s functionality. An innovative open-plan layout means the main salon is encompassed into one open space as the main social hub, with floor-to-ceiling glass walls and sliding doors connecting indoor and outdoor areas.

The outdoor deck features a generous flybridge, equipped with BBQ facilities. The indoor encompasses a dining area characterised by a round table, subtly recalling a more traditional Chinese-style dining, and an impressive living area with foldable TV screens. The design is described as “well suited to today’s Asian owners, who are inclined to utilise their yachts for family gatherings and social entertainment.” 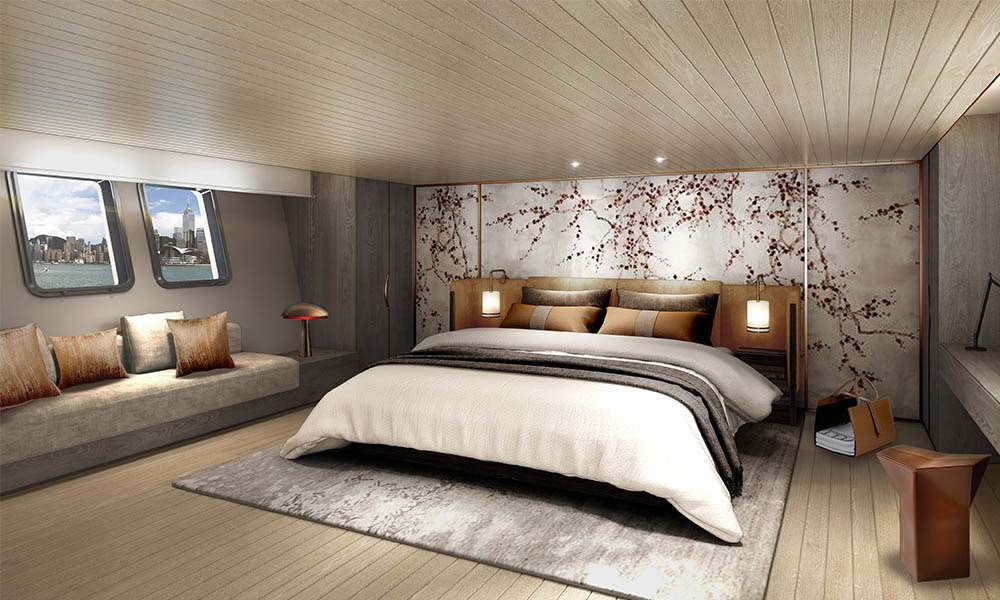 “Working with Steve is a delight and we are fortunate to have such expertise right here in Hong Kong,” says Nick Stratton, sales manager for Sanlorenzo Asia. “Steve Leung himself is a keen yachtsman, and this is clear to see in his ability to break the mould, yet at the same time design a yacht that is both practical to use and perfectly tailored to the market in Hong Kong and the rest of Asia.” 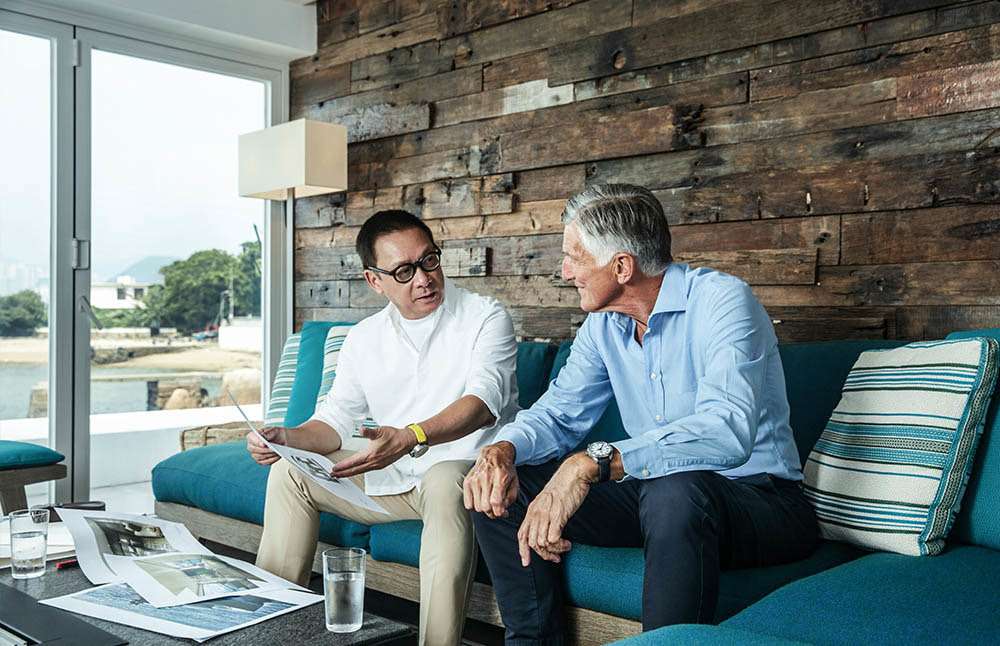 Following this latest collaboration on the SX88, Steve Leung will continue to contribute his design expertise to other Sanlorenzo yacht ranges in Asia, with more projects to be announced soon.