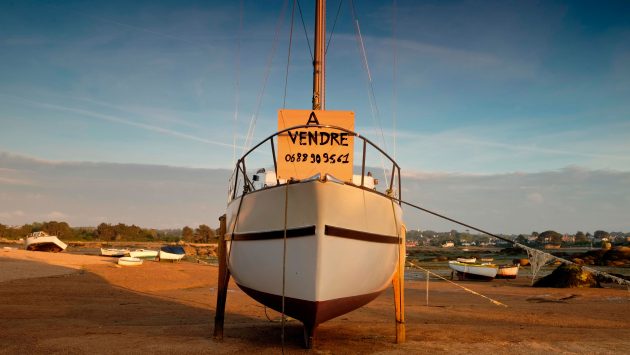 Buying a yacht in the EU is more complicated than it once was, following Brexit, but there’s now a growing bank of knowledge on how to smooth the process. We get expert advice on some of the key questions.

Double VAT, the Schengen zone, the 180-day rule; the list of considerations when considering buying a yacht in Europe is long and, in some cases, very complex. Crucial to understanding is having a grasp of some of the legal and tax principles that govern making a purchase. The following is not intended to be comprehensive and we advise getting specialist guidance from a tax adviser or similar.

Linda Jacques, partner at LA Law, a firm specialising in marine law and yacht transactions, says the first thing you should consider is where you are going to use the yacht you’re thinking of buying. “Since leaving the EU, it is true that things have got more complicated, but the principal legal questions surrounding ownership and tax haven’t changed that much. A lot revolves around the location of the yacht,” explains Jacques. “First, before you start looking to buy, consider where you are going to flag moor the yacht.”

Jonathan Hadley-Piggin, a partner at Keystone Law, explains that location is also crucial to the transaction. “Making a purchase of a yacht within an EU country isn’t the problem people often see it to be, but you need to be clear if you are paying VAT or if VAT is already paid and provable. Under some circumstances VAT can be avoided by concluding the sale outside EU territorial waters.” 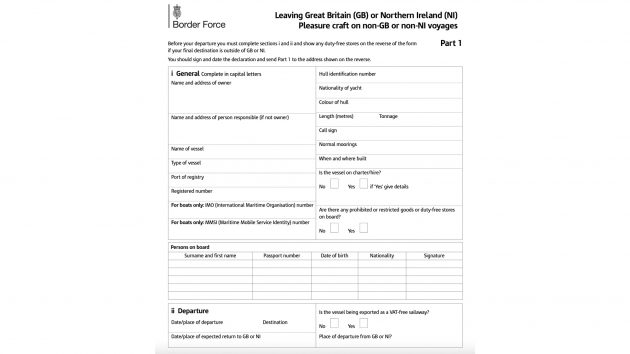 VAT is often the first concern that comes to mind for potential buyers because it can make a 20% difference in price.

As Jacques explains, one of the challenges of Brexit is that you can end up having to pay tax again when you return your yacht to the UK.

“Buy the yacht in Europe and keep it there and you don’t have a problem, as long as EU VAT has already been paid and can be clearly proven. Yachts within EU waters must be EU VAT paid and have proof unless the owner is able to qualify for customs relief. Customs relief includes Temporary Admission or a VAT exemption for a yacht that is operated commercially. Commercially operated yachts have their own specific requirements and need to prove the nature of their operation is truly commercial.” 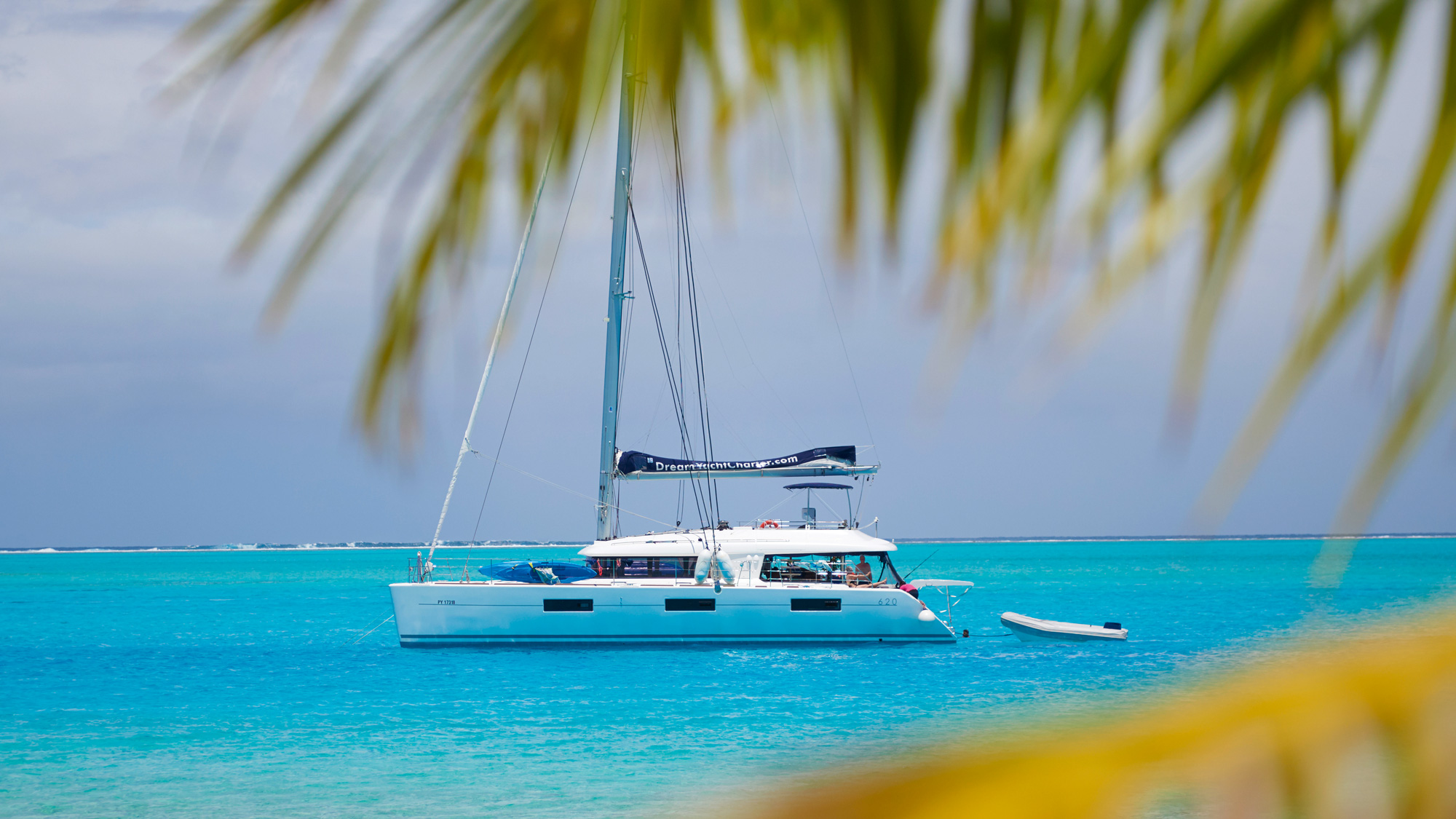 Yacht charter companies increasingly own new yachts for only a few years, selling off sooner to ensure they can offer…

However, if you are purchasing the yacht in Europe and bringing it back to the UK, proof of where the yacht has been in Europe and on what date the transaction concluded is crucial. “If you are the new owner, even if VAT has been paid before, you will be liable for import tax coming into the UK,” Jacques advises. “VAT must be paid again on all EU VAT-paid yachts being brought into the UK. In the UK the UK Border Force form C1331, where you declare the VAT status of the boat, where it has been and at what time, is an important document.”

The non-VAT paid yacht is a more complicated prospect, as Jonathan Hadley-Piggin explains. “We get calls from people thinking that a non-VAT paid yacht can’t be bought, or it’s simply too risky. It can, you just need to understand how to go about it and, if necessary, the new owner might need to pay the VAT to use it in the way they want to.

“It’s also worth considering how, as a new owner, you are proving VAT has been paid. For example, if the boat was initially purchased by a company and VAT was paid, but as a company they claimed the VAT back through their corporate accounts, it might be considered by the authorities that VAT has not been paid. It is this kind of issue that a good marine lawyer and tax adviser can help you understand fully. Quite often the current owner really does think VAT is paid and that their paperwork is correct, when in fact it is not, so it’s important to ask questions around what proof is available early on if you’re serious about buying.”

Michael Ashdown of Harwood Hutton VAT Consultancy regularly advises yacht owners. “You should be looking initially for the original sales invoice, subsequent sales invoices and/or an importation invoice; always asking the question ‘Would this satisfy an inquisitive customs officer further down the line?’

“We are now seeing an increasing number of clients who are choosing to pay EU VAT, knowing that it will ensure their yacht has true free movement within the EU without complexity.” 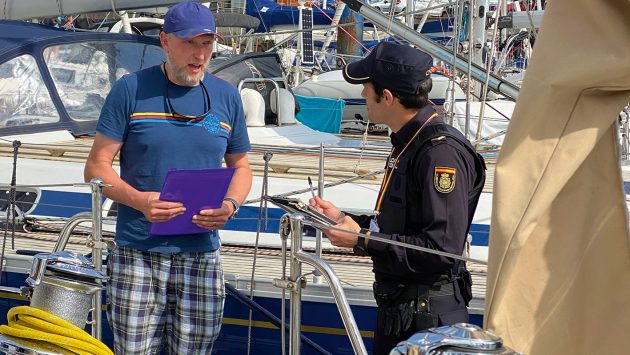 While buying a yacht in the EU is possible for a UK citizen, being able to use it is another matter. An extended season of Mediterranean cruising for most is no longer an option, due to the Schengen restrictions meaning no British citizen can spend more than 90 days in the EU in one 180-day period. This means that some buyers looking to cruise for longer are investigating other options to allow them to stay in Europe. Remember that the rules for a yacht are separate to the rules for people.

Dave Birch bought his yacht to take a sabbatical with his wife and daughter, but found himself confronted with the prospect of a shortened season before he’d even completed the sale. “There are options, heavily dependent on your individual circumstances, but to keep cruising we have seriously investigated different ways to spend more time in Europe. Maltese residency can be purchased by investing in private property or business, granting an EU passport and access rights, but it is a serious amount of money that some would think extreme just to be able to keep sailing.

“Other options are so called ‘digital nomad’ visas, allowing those working while living afloat the potential to stay for longer and continue cruising. What is clear is that, at present, there’s no cheap or easy option.”

Many cruisers build time out of the EU Schengen zone into their cruising plans to take maximum advantage of the time allowance. For example, Croatia is not currently part of the zone. 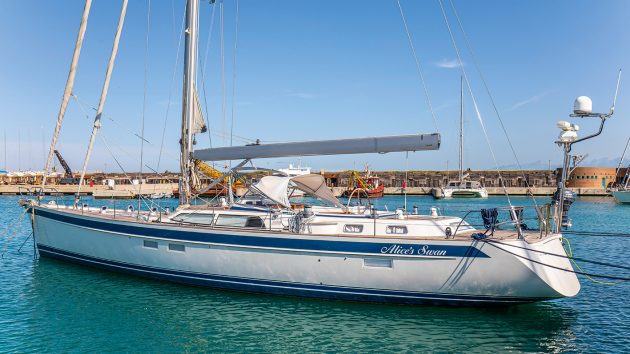 Alex Grabau has been brokering yachts in Europe throughout Brexit. “There’s still a huge amount of confusion, particularly for UK buyers keen to buy yachts located in Europe. A lot remains unclear, even where there are written rules in place.

“Returned Goods Relief (RGR) is the most common area of misunderstanding,” he explains. “RGR is only available to boats where the importer is the same as the original exporter. If a VAT-paid boat is sold outside of the UK, the new owner may be liable to pay VAT if the boat is brought back into the UK.

“This currently also applies to UK owners of VAT-paid boats bought and then kept in the EU while the UK was still part of the EU28, which now would like to come to the UK.

“Even if the boat was originally UK VAT paid, or kept in the UK in a previous ownership, the owner and their boat may not be eligible for RGR and could find themselves with a sizeable VAT liability upon arrival in the UK.” 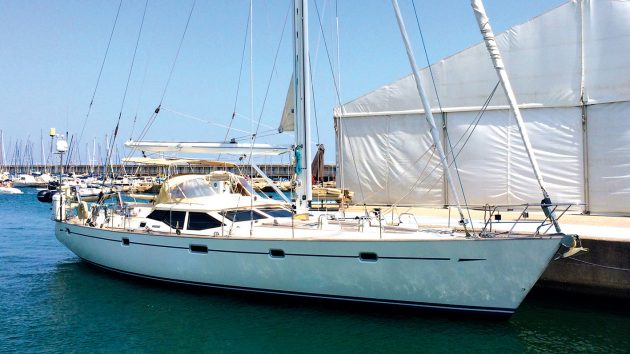 Another area of confusion relates to Temporary Admission (TA) which is applicable in both the EU (for non-EU boats) and the UK (for non-UK boats). “Many UK buyers believe they can buy a yacht in Europe then bring it back to the UK temporarily before heading off on their planned adventures. This is not the case, as eligibility for UK TA requires the boat is registered outside of the UK and used by a non-UK resident. There is no grace period offered by HMRC, so even spending a day in the UK may result in a VAT liability.”

Grabau also regularly comes up against misunderstandings about the difference between Europe and the European VAT area. “It can be unclear when a boat is sold in places such as Martinique, Guadeloupe, Saint Martin and the Canary Islands. These are all territories within the EU, but fall outside of the EU’s VAT area. Buying an EU VAT paid boat in these territories may see the VAT paid status lost.

“Care also needs to be taken when boats are in the Channel Islands as they fall outside of the UK’s VAT area.”

While VAT issues can ultimately be resolved through writing a cheque, Grabau sees the UK’s introduction of its own build standard (the equivalent to the EU’s Recreational Craft Directive) potentially creating more hurdles.

“Bringing a yacht back to the UK market may soon be more of an issue because a compliance survey may be needed and some yachts may not be considered importable, or too difficult to import to the UK.”

Alasdair Reay is a naval architect and CEO of HPI Verification Services, a business that helps yachts comply with build standard regulations and undertakes compliance surveys. He adds: “Since leaving the EU, the UK has introduced its own CA mark. Most recently-built CE-marked yachts will not need a survey to comply with the CA standard.

“However, the UK government’s position on second-hand yachts is still not clear. If you do need a survey, the cost for a 50ft yacht would likely be £4,000-£10,000. If the build standards and technical data are available to us, it’s a cheaper paper-based exercise, but where it is not a survey can be necessary to formally document the yacht’s construction.” 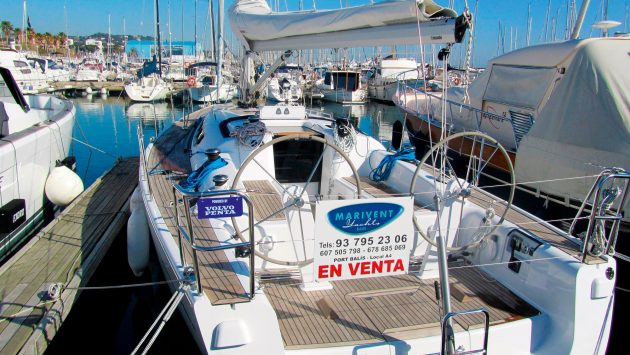 Tim (who wishes to remain anonymous) found his ideal cruising yacht online, located in Spain. The prospect of buying a yacht in Spain following Brexit immediately posed several questions, particularly considering his cruising plans. “The yacht was UK VAT paid but had been present in the EU on 31 December 2020 and so also had EU VAT status. As VAT status does not survive a change of ownership, we had to make a choice between the ability to bring the boat back to the UK and our initial plan, which was to cruise Europe.

“We decided to maintain UK VAT status. This necessitated a survey and acceptance of the boat in the EU, followed by a Biscay crossing to conclude the sale in the UK, with all the logistical hurdles that that entailed.”