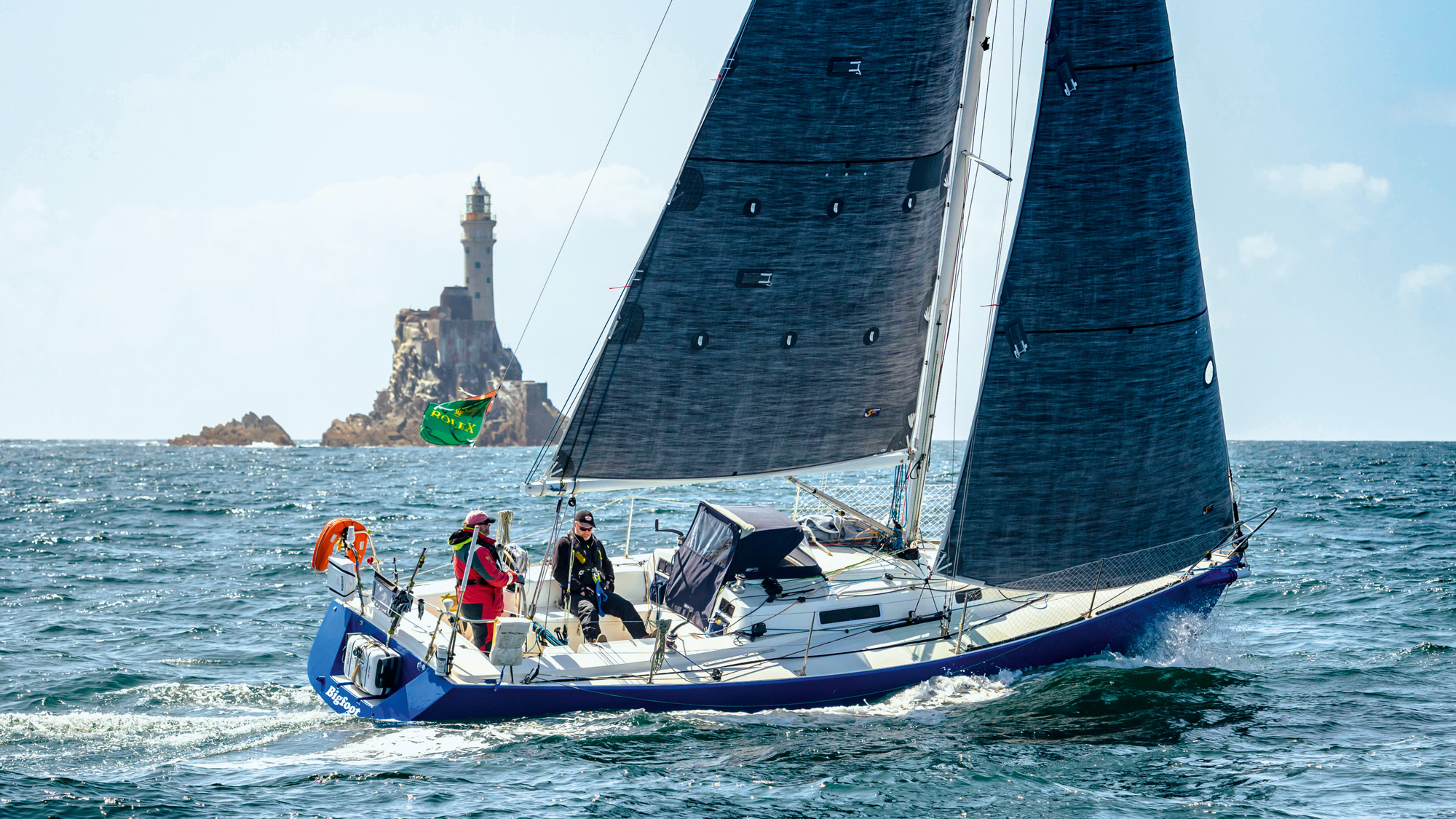 The rapidly growing double-handed and shorthanded racing scene has attracted a flurry of recently launched models specifically optimised for this type of competition. But a cost-effective way of competing can also be found with a used boat.

In little more than five years short-handed racing has transitioned from what was often seen as a fringe activity to become mainstream. There was an explosion in interest when a doublehanded mixed doubles class was mooted for the Paris Olympics. This attracted big names including Dee Caffari, Shirley Robertson, Henry Bomby and Ocean Race veteran Emily Nagel.

Even after the class was subsequently dropped from the Games much of that talent has remained in the fleet, and social distancing rules provided a further boost: for a few weeks after the initial 2020 lockdown the only racing possible was solo or doublehanded.

“Growth over the past couple of years has been exponential,” confirms Nigel Colley, Solo Offshore Racing Club director and MD of Jeanneau dealer Sea Ventures. “Once people tried it, many didn’t rush back to fully-crewed sailing. Instead a lot modified their boats for shorthanded racing or downsized.” 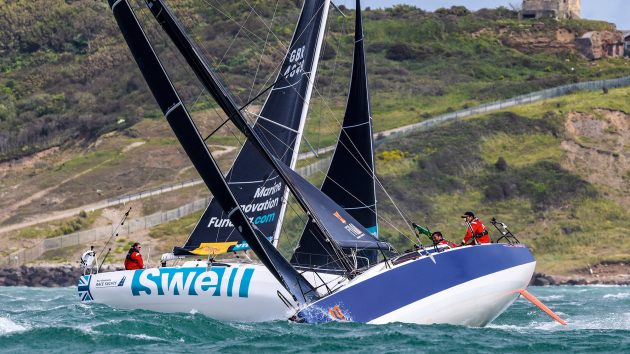 It’s easy to think of a good short-handed raceboat as being of a certain mould, with broad transom and twin rudders: Sun Fasts, JPKs and so on. These designs have common traits that include huge stability, translating to better control when pushing hard in borderline conditions and easy depowering when the breeze builds.

However, you don’t have to look far to find examples of wildly different designs that have notched up decent results, including many older models. The most obvious of these is Kelvin Rawlings and Stuart Childerly’s J/105 Jester that won the double-handed division of the 2015 Rolex Fastnet Race, took 4th overall on IRC, and was first British boat on corrected time.

Then there’s Will Sayer’s masthead rigged, shoal draught Sigma 33C Elmarleen, which won the 2008 OSTAR on corrected time and the doublehanded class in the 2011 Fastnet. 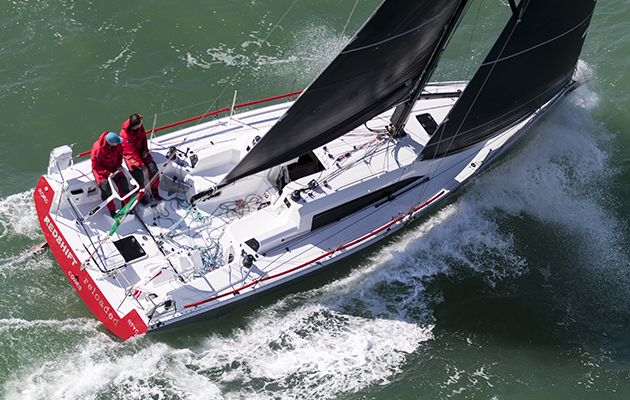 The popularity of double-handed sailing is on the rise. The Rolex Fastnet Race is the perfect case in point –…

More recently, in the 2019 AZAB (Azores and Back Race) my partner and I were 4th overall racing Zest, a 36ft Rob Humphreys one-off from the early 1990s, beating all but one of the seven Sun Fasts in a fleet of 45 boats. Equally, Jeffery Knapman’s MG335 Virago – a design from the 1980s – has a long list of successful results, including overall victory in last year’s RORC Channel Race.

Even before the recent explosion of interest, demand for good shorthanded racing yachts was such that many of the best craft changed hands before reaching the open market. Now that’s typical across the board.

“Demand on the brokerage market has been huge for the last 12 months,” says Hannah Le Prevost, sales director of J/Boat distributor Key Yachting. “It’s coming from people new to racing, those already in the scene wanting a different boat, and from people changing from fully crewed racing.” As a result she says they have a longer list of people looking for a boat than those with one for sale. 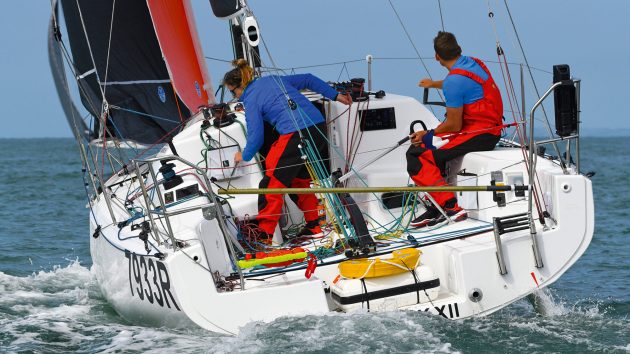 “The market is really tough at the moment,” adds Colley. “Right now there’s very little available. Inflation in new boat prices is high and lead times are long, so many people are hanging on to their existing boats.” In the last year he’s sold a couple of used JPK 10.10s and 10.80s, plus four or five Sun Fast 3200s, all for 10-20% more than they would have fetched two years ago.

Shorthanded racing in the UK and France is predominantly under IRC and there are no one design classes, so it’s imperative the boat will rate competitively (unless six or eight owners eventually get together to seed a new class). In this size range IRC still appears to treat some very lightweight planing boats quite harshly, which tends to rule out designs like the Figaro 2 and many of Pogo’s ultra-fast cruising models.

Equally, the stability requirements for Category 1 oceanic races such as the OSTAR, AZAB and RORC Transatlantic now rule out designs such as the Sigma 33. If your future plans include one of these events it’ll pay to factor it in at an early stage. Equally, there are few boats shorter than 30ft that comply with the equivalent requirements for the Fastnet.

Outside a handful of small yards such as JPK, two designs currently dominate the market for new boats in this sphere. The most obvious is the Sun Fast 3300 which is offered with a wide range of possible specification and final on-the-water prices varying from around £240,000 to £280,000, including VAT. 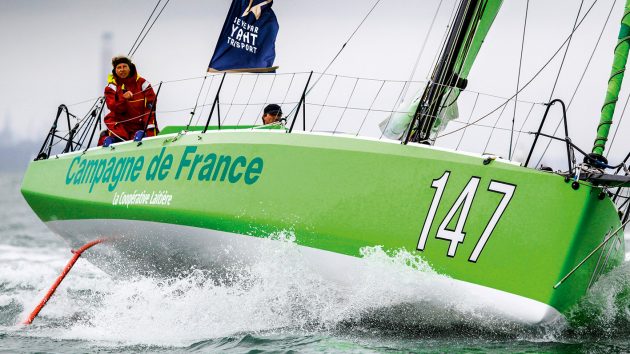 More than 100 J/99s have now left the factory and racing successes include first doublehanded boat in the 2021 Rolex Sydney Hobart Race under both IRC and ORCi rating rules. Typically the on-the-water price of a fully equipped new boat is in the £170,000 to £190,000 range including VAT.

Many myths still circulate about appropriate set-up for shorthanded racing. Perhaps the biggest of these is that symmetric spinnakers are difficult to handle. This may have been true a couple of decades ago, but the professional sailors in the old Figaro 2 fleet got it down to a fine art. This knowledge – and more – is now well embedded in the UK short-handed community.

Once you know the drill, gybing a symmetric kite when sailing solo in up to 20 knots of true wind is straightforward. Depending on the boat and sea state, it’s still possible in 23-25 knots. 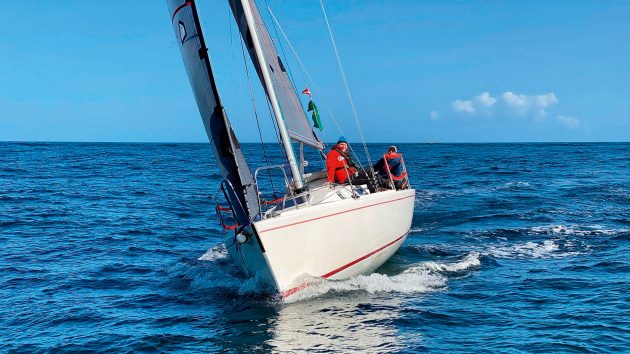 A J/105 is a solid shorthanded option. Photo: Key Yachting

IRC is relatively kind on downwind sail area and many older boats benefit from larger spinnakers. On Zest, for instance, we increased the S2 by more than 20%. This is particularly important for offshore racing, where extended periods of very light airs can be encountered.

Headsail choice is important too. Even older boats have almost all changed to non-overlapping jibs, as these rate well and sail changes are enormously easier than with big genoas. A few boats have roller furling, plus a heavy weather jib set on a removable Dyneema inner forestay.

However, most have hank-on sails fitted with a slab reef, which makes for a quick and easy change down from a J3 to a J4, for instance. Equally, a North Sails J1 with a Helix structured luff can be fitted with a Cunningham to flatten the shape to match that of a J2.

Shorthanded boats in the UK invariably carry a Code 0, although they are not so popular in the French fleet. When I sailed with JPK founder Jean Pierre Kelbert last autumn he told me his own JPK 10.30 Leon – which won the doublehanded division of both the 2019 and 2021 Rolex Fastnet Races – has a very flat nylon A3 that can be reefed to an A5. 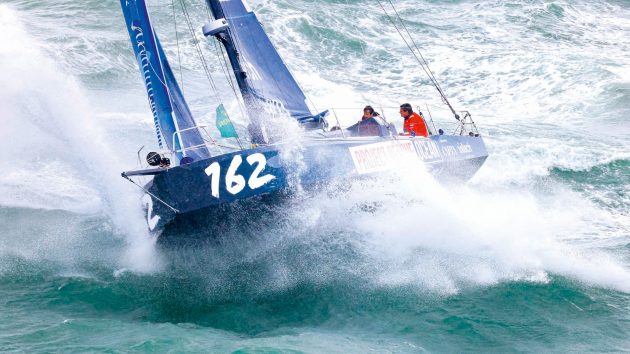 You don’t have to have a super-modern, wide transomed doublhanded race boat to compete

In very light airs it’s as good as a Code 0 at true wind angles as tight as 60-65°, but is a more flexible sail that means fewer kites are needed, which confers a small rating benefit.

Beyond that, Colley recommends buying “the best pilot you can afford.” He also points out that small tweaks to the deck layout can make big differences to how easy boats are to handle when you’re alone on deck. Additional turning blocks for headsail sheets, for instance, can make cross-winching possible. Moving spinnaker sheet turning blocks forward a little from the transom may enable them to be led to any winch, allowing them to be trimmed from the helm.

Another useful modification is cam cleats on the mast for halyards. Sails can then be hoisted at the mast and temporarily cleated when you’re alone on deck. Once the halyard is fully tensioned at the pit, the geometry means it pops out of the mast cleat automatically. 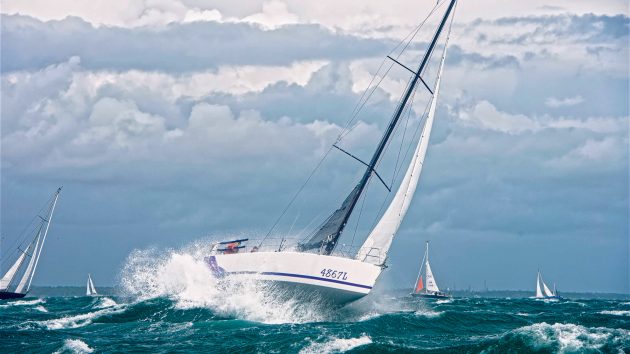 Kate Cope started sailing later than many, before buying a Jeanneau Sun Odyssey 36 for cruising. Her first exposure to the racing scene was in 2015 when she helped a friend, who had replaced his heavy old Rival 32 with a J/105, prepare for a doublehanded Fastnet Race.

“When I was helping Rob cast off, I realised I wanted to compete as well,” she told me. She entered her own boat in the Myth of Malham Race the following year, following it with the Channel and Cherbourg races. In 2017 she completed a full RORC season, including the Fastnet, sailing with a team of six. They were third to last on the water – “But we had a massive sense of achievement,” she says.

It helped that a lot of people, among them Rob Nelson, Deb Fish and David Cooper were really generous with their mentorship. “Even though I was at the back of the fleet, no one made me feel stupid – instead they sought me out and helped me explore how we might have done better.” Initially Cope measured progress by noting the few boats she beat in each race. That list quickly became longer and longer.

After a couple of years, she was ready to step into a more performance oriented boat, with the goal of competing in the 2019 AZAB in a new Sun Fast 3200 R2. “In hindsight, the transition from being almost last in the 2017 Fastnet, to completing the AZAB in a high performance boat two years later was a huge one.”