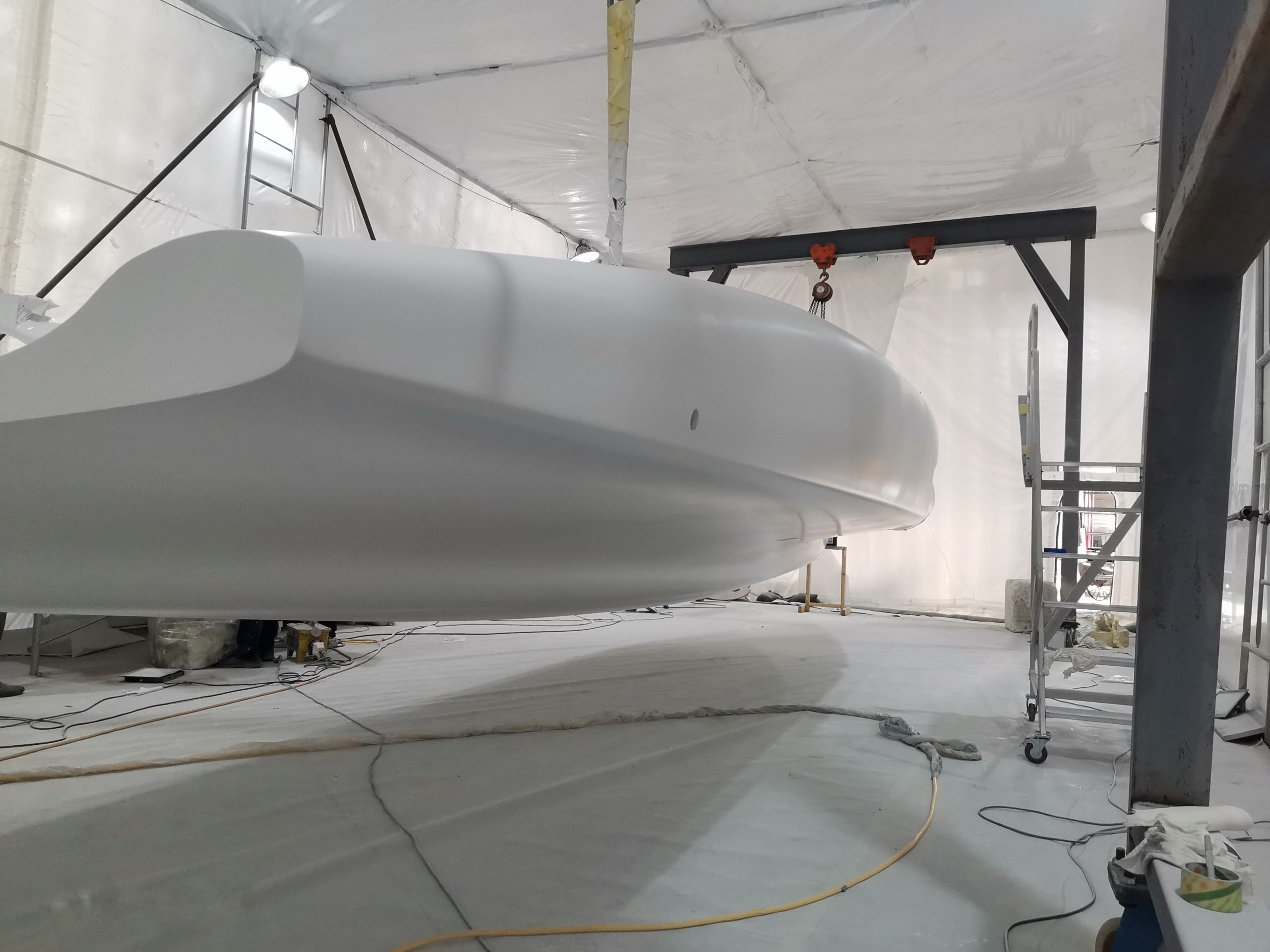 The world’s first AC40 is just weeks away from being shipped from China to its new base in Auckland.

On Thursday, America’s Cup organisers released some early pictures of the ‘pocket rocket’, which will be used in One Design mode for both the Women’s and Youth events as well as being a testbed for the works teams. 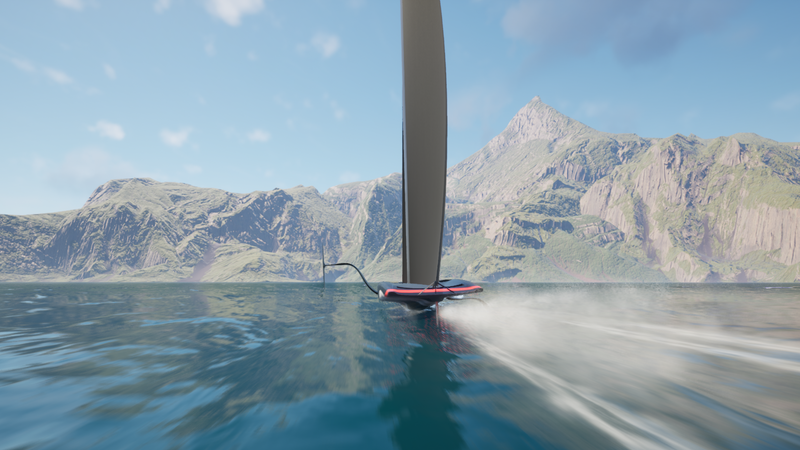 “We didn’t hold back on the design,” says Dan Bernasconi, chief designer of Emirates Team New Zealand put it, “we took the IP of Te Rehutai (the Cup-winning boat from AC36) and translated it into the best 40-footer we could create.”

Coming off the boards of the Emirates Team New Zealand Technology & Design Department, the build of the yachts has been overseen by long-standing ETNZ team-member Richard Meacham. At the McConaghy factory in China, Kiwi Jamie Thompson has been the project manager, running a team of builders and craftsmen working shifts around the clock to create this next-generation vessel. 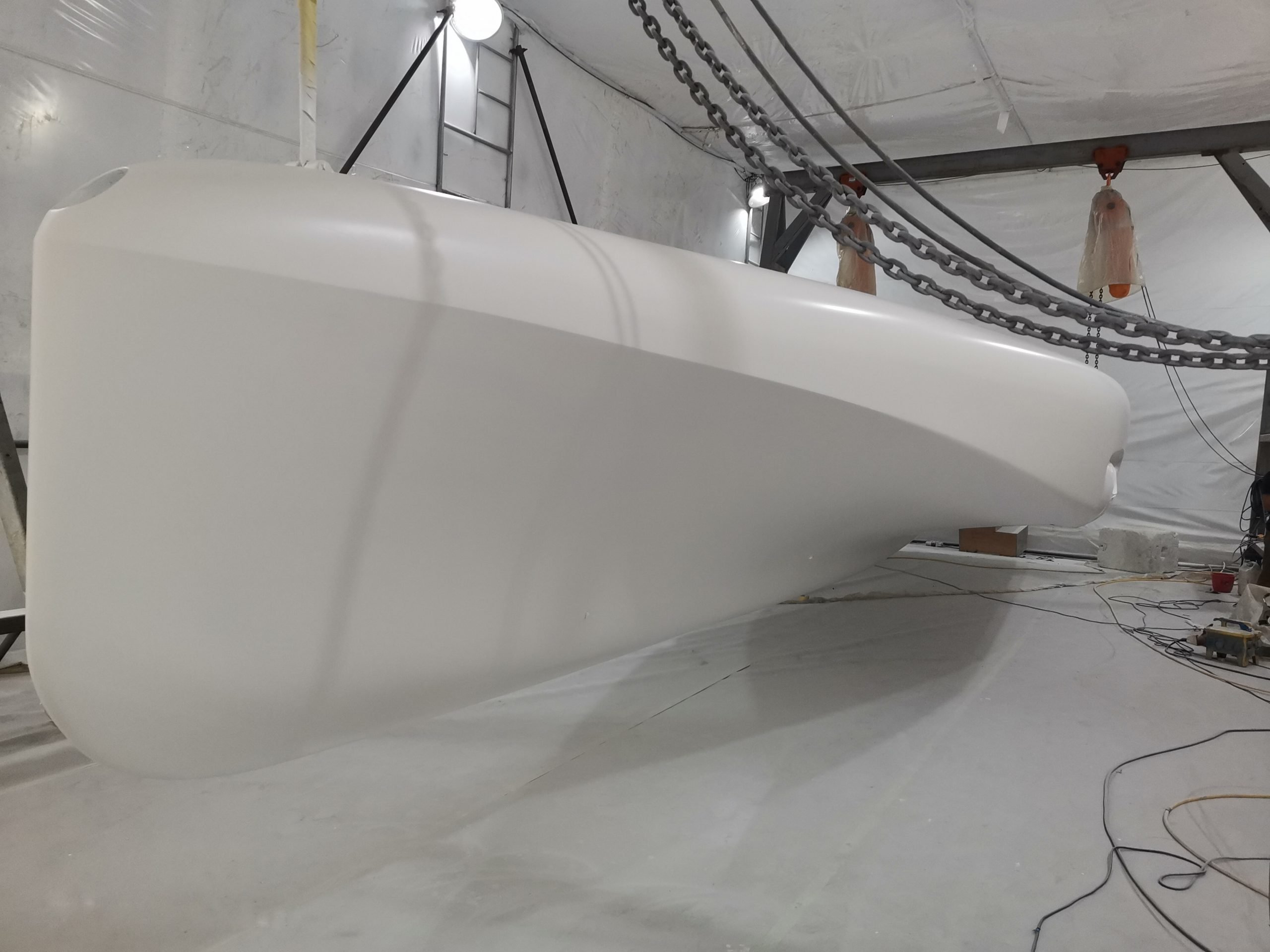 “It’s a step on in terms of hull form from the Cup-winning design of Te Rehutai,” says Richard Meacham. “[It] adheres to all the fundamental rule changes implemented for the AC75’s and we’re looking at performance estimates way in excess of our training boat, Te Kahu, or any of the other teams’ test mules that they ran in the lead up to AC36.”

Building the hulls away from New Zealand has proven controversial. But Richard Meacham says he is impressed with the work overseen by Mark Evans and project managed by fellow kiwi Jamie Thompson at McConaghy’s. “We assessed the situation early on in the project, but it was clear that that with the scale and timeframe of the overall build of the fleet of AC40’s there was a shortage of boat-building labour for the hull builds in New Zealand, so we had to look overseas,” Meacham says. “McConaghy’s have been fantastic and very hard driving, but the key has been the Kiwi design and technology influence all the way through the process.” 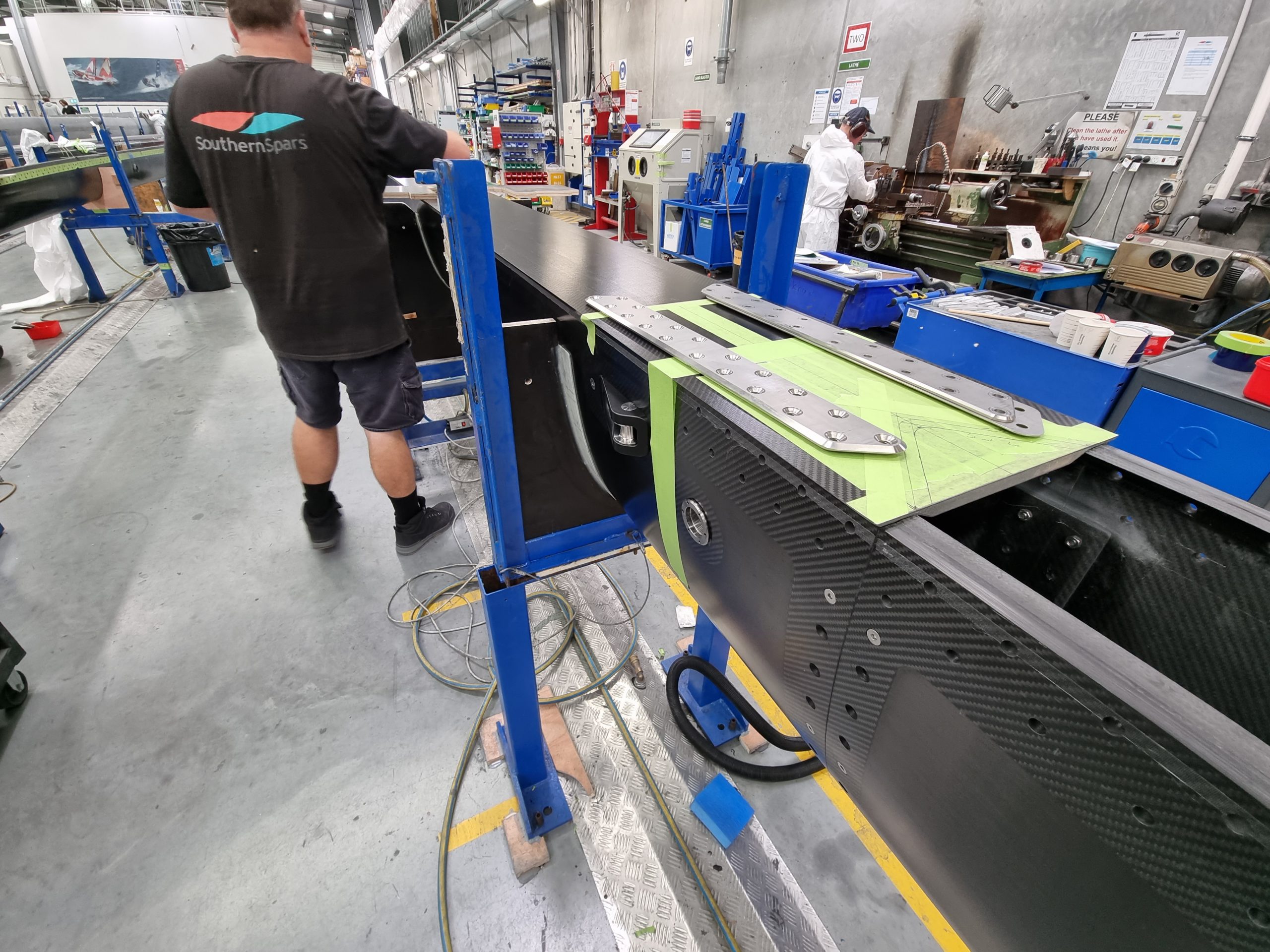 Indeed, the hull, foil arms, rudders, mechatronics, hydraulics, and programmable logic controllers have all come directly from ETNZ’s design teams with the foil arms and rudders being created at ETNZ’s build facility on Auckland’s North Shore.

The boomless, double-skinned sails have been designed in collaboration with North Sails, whilst the two-piece masts have been crafted by Southern Spars in Avondale, Auckland.

And whilst for the Women’s & Youth America’s Cups, the AC40’s will be returned to strict one-design for the fleet and match-racing formats recently announced; where the AC40’s will really come into their own is as a testing platform for the teams.