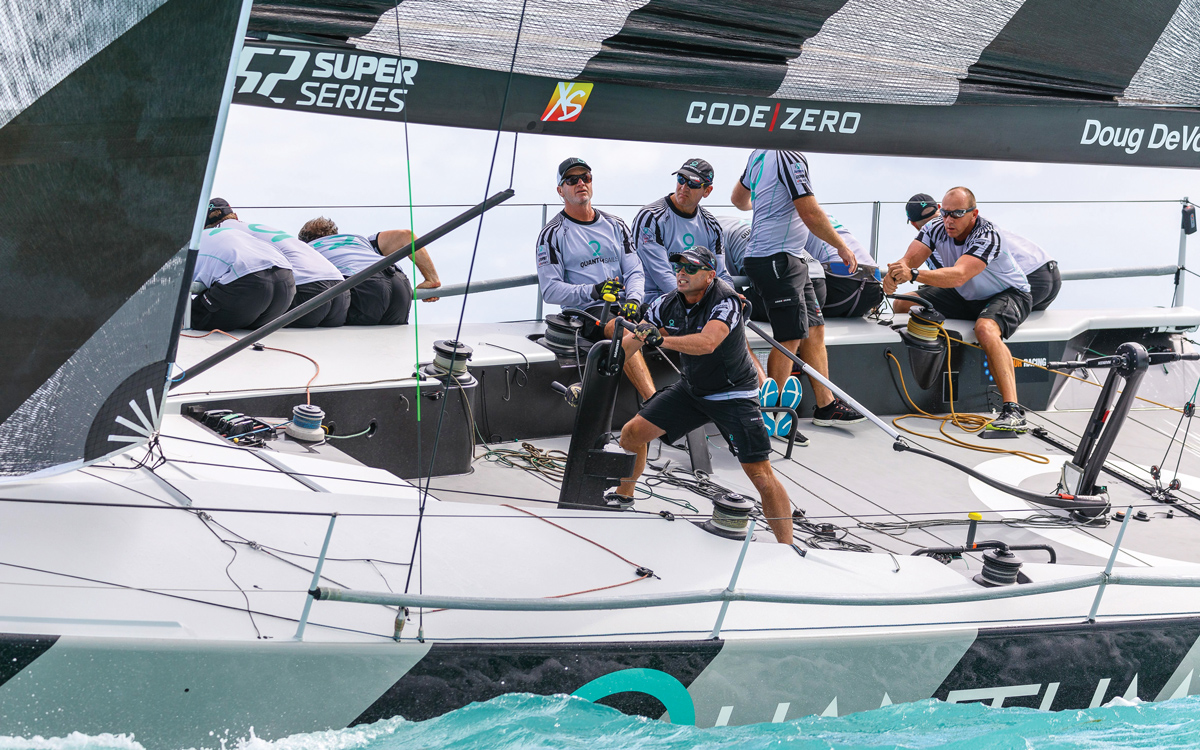 Andy Rice talks to the fastest sailor on earth, Paul Larsen to find out how to maximise your boatspeed

Not only is Paul Larsen clued in to what makes a boat go fast, he’s just as passionate about getting the best out of every crew. Boatspeed comes down to identifying and then working on your weaknesses, whether it’s a problem with equipment or an issue with the crew work.

Whatever your team’s weaknesses are, acknowledge them, and create a process for making improvements. This can be easier said than done, because egos can get in the way and people can become defensive.

But if you can get everyone to buy into a culture of learning and an ability to take constructive criticism, the atmosphere will improve and the boatspeed will go up. Here are Paul Larsen’s five tips for creating a culture committed to going faster.

Don’t be afraid to ask stupid questions, especially if you’re new to a class. Chances are your questions aren’t stupid, and better to ask than to live in ignorance. Dig out the experts in your fleet. If you’re ordering new sails, get the sailmaker to come out on the boat with you for a couple of hours and help you set up the boat and show you the ropes.

One really useful thing is learning all the crossovers for your boat: when do you change down from the No 1 to the No 2 jib? How close to the wind can you carry the Code 0? All that gear-changing stuff is vital information that could take you a whole season to learn by trial and error. It’s much easier to order someone a drink at the bar in exchange for their hard-earned wisdom.

Even the big stars in the sailing world are almost always happy to help you out. Keep hassling until you truly understand the answer, because asking what works and what doesn’t is a sure-fire shortcut to improving your boatspeed. 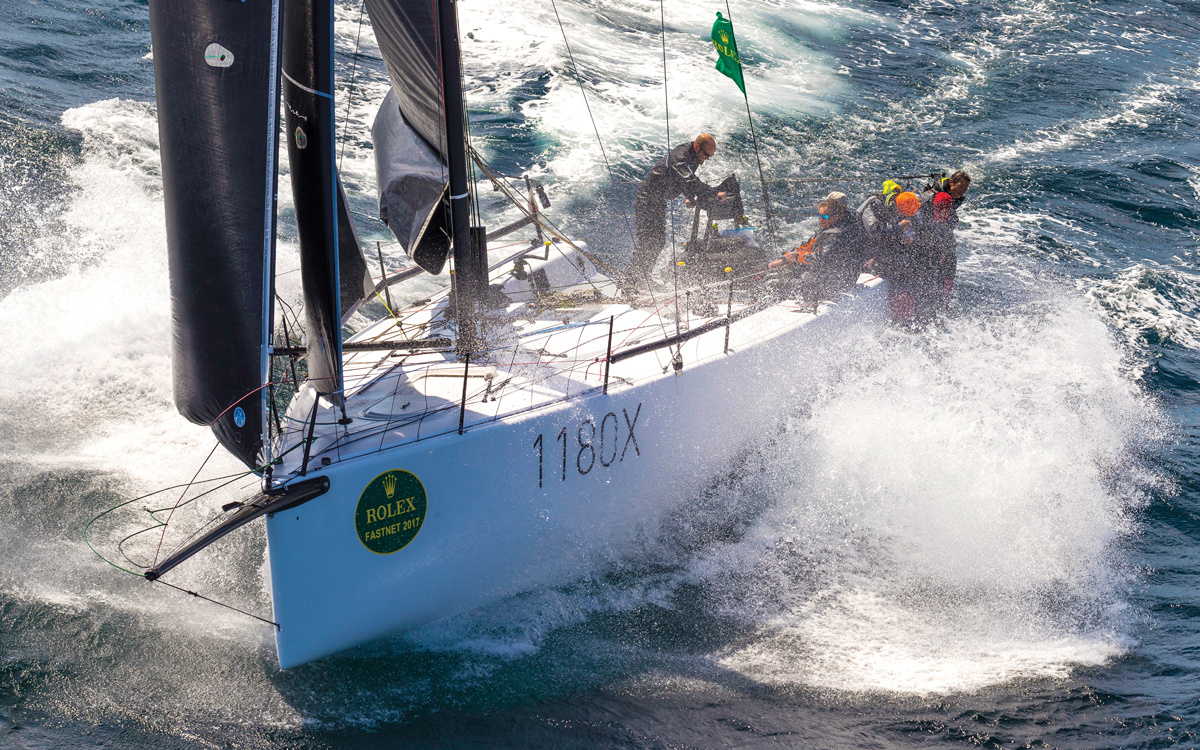 As Mike Sanderson points out, staysails are hardly a new idea. The old clipper ships used to use multiple staysails.… 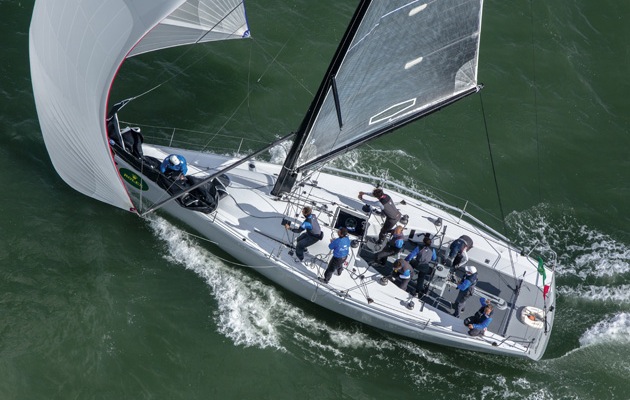 Sails are fresh, the bottom is clean, there’s a good crew, but you’ve been losing out to similar boats on…

When I step on board a boat for the first time, I listen carefully. Are the lines of communication clear and is it helping everyone get their job done in the most effective manner?

If there’s a shouter or a screamer on board, then that needs dealing with. No boat ever went faster because someone shouted louder. The further up the fleet you go, the quieter and calmer tends to be the mood on board. If you’re back in 48th place and someone’s yelling their head off, maybe that’s a big part of the reason why you’re in 48th!

Sometimes my most valuable contribution can be simply to help sort out the comms within the team. Everyone on board needs to know exactly what’s happening and what’s expected of them. Once you get systems in place for every manoeuvre and every scenario on the racecourse, the teamwork and the crew atmosphere will improve.

Make sure that you calibrate everything. Put clear marks on all the sheets and halyards, so that every crew member knows what has worked before and can quickly set the sails to the correct trim for a given wind speed, sea state and situation on the race course. It’s all about making your job easier and more repeatable, leaving the minimum room for error.

It’s worth appointing one crew member – ideally sitting on the rail with not too much else to do – to use a waterproof notepad and keep notes of all the fast (or slow) settings as you’re going along.

In the age of the selfie, everyone’s used to being on film. However, it’s still the exception on boats to have cameras running while you’re sailing, but I thoroughly recommend it.

You’ll reap rewards by having just one or two GoPro cameras mounted on the boat, maybe one at the transom and one on the back of the mast, keeping track of the choreography of the crew and how you’re really sailing the boat – as opposed to how you think you’re sailing the boat. It still needs someone to go back through the recordings, but if you do, the whole crew will learn and improve much more quickly.

Always run a crew debrief after every day on the water. This is the time for your human ‘data logger’ to read off his waterproof notes and share the information. Footage from the cameras can be really useful later for showing people what’s going on in the heat of the moment.

Most important of all, it’s vital to create a culture where it’s okay to make mistakes and where you’re encouraged to hold your hand up to them. The quicker and more efficient you can make the feedback loop, the faster you’ll learn and the faster the boat will go. 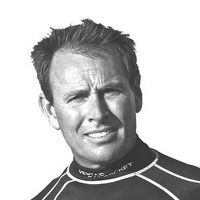 Paul Larsen is the fastest sailor in history. In November 2012 he steered Vestas SailRocket 2 to a 500m speed record of 65.45 knots, and no one has come close since. Larsen is also in demand on the pro circuit, known for his no-nonsense approach to getting the best out of boat and crew.

First published in the January 2019 issue of Yachting World.