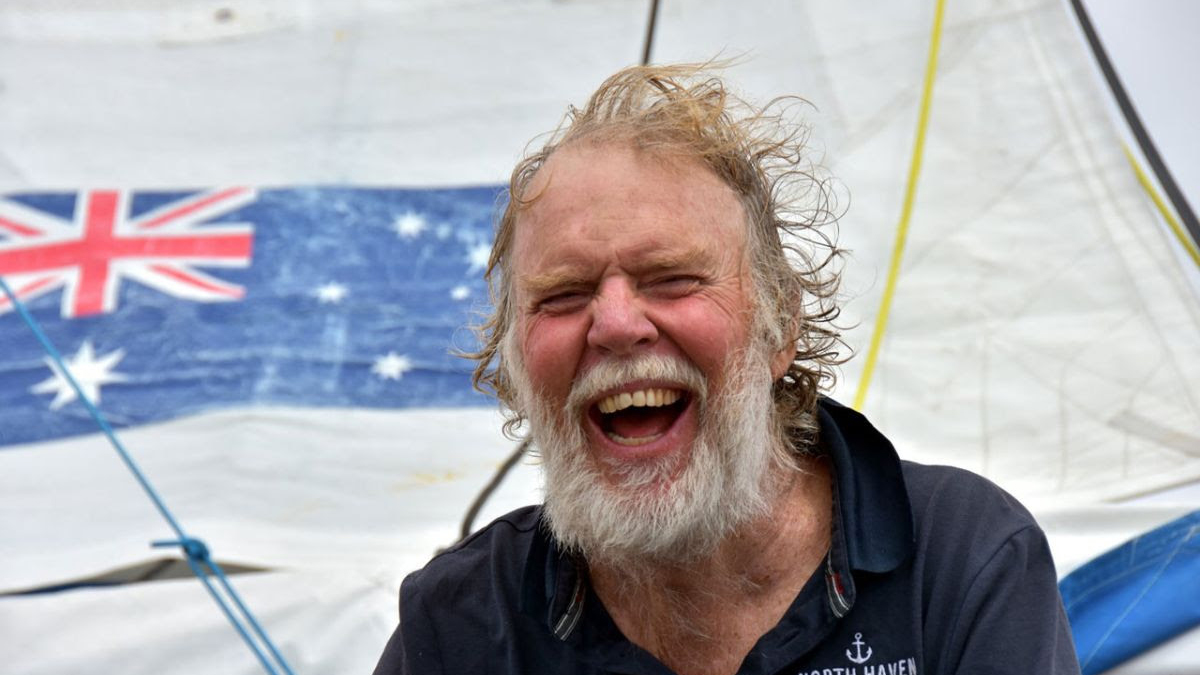 Mark Sinclair, an entrant in the 2018 Golden Globe Race, has completed his circumnavigation 1,426 days since starting.

Australian solo skipper Mark Sinclair, who is widely known by the name ‘Captain Coconut’, crossed the finish line of the Golden Globe Race off Les Sables d’Olonne, France, yesterday afternoon, Friday 27 May 2022, after a 174-day solo passage from Australia.

Sinclair started the 2018 Golden Globe Race on 1 July 2018 but, running short on freshwater and plagued by a barnacle infestation which was severely reducing his boat speed, he made the decision to stop in his home port Adelaide, South Australia in December 2018.

However, the Golden Globe Race has no finish time, and although the main competition is non-stop, competitors who make a single stop may continue to race in the ‘Chichester’ class (ie completing a circumnavigation in the style of Sir Francis Chichester). 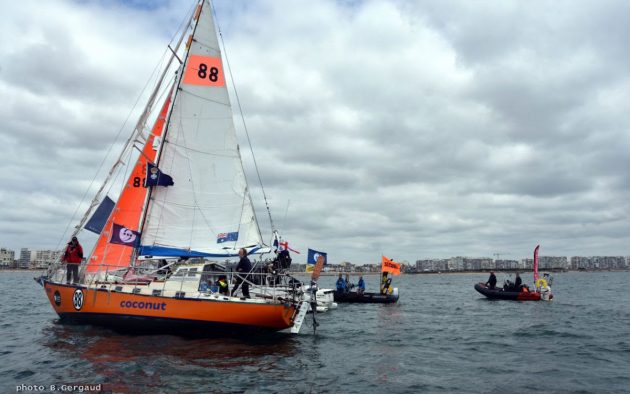 Having entered the 2022 Golden Globe Race, Mark Sinclair, a former Australian Navy Captain then resumed his circumnavigation three years later on 5 December 2021. In total he spent 332 days at sea.

After weathering four successive storms in February while rounding Cape Horn in his Lello 34, Sinclair had to negotiate a deep low-pressure system mid-Atlantic before entering the Bay of Biscay. He was knocked down twice during a Storm Force 9 gale around 900 miles west of Les Sables d’Olonne, damaging his forestay, inner forestay and his last remaining satellite phone. 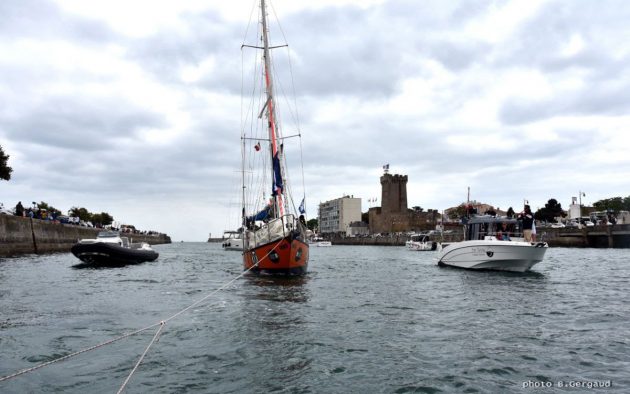 Reported to race control on 10 May, Mark Sinclair said: “In the middle of the night I heard all of this banging. I got up and the staysail was flogging at the luff. I went up there and had a look and the uniform stay had detached, exactly like the forestay had detached at the top of the mast and was just being held up by the halyard, so I didn’t have a forestay or an inner forestay, and I thought ‘This isn’t good’,”.

“I braced everything up for the night. Wednesday I was up the mast in a bosun’s chair for an hour. I couldn’t put that inner forestay back to where it should be but I put a big D shackles through the lug on the mast and two D shackles from that to the lug that hangs up the top of the forestay. I have now  tightened it up as best I can by moving the furler up and tightening them at the bottom. I have an inner forestay again,’ said Sinclair. 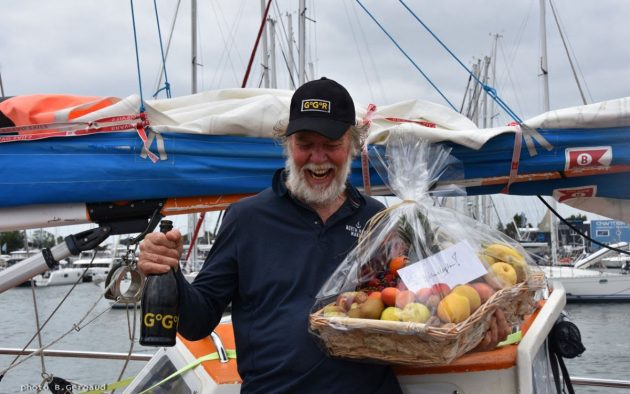 Sinclair had also lost his Number 4 staysail after it was swept overboard in heavy weather, while Coconut’s Number 3 jib was shredded in Force 9 winds. The HF radio receiver whip on the transom was also bent 90° by the waves.

The engine on his Lello 34 Coconut had broken down for much of the final passage, and for the final days he had also run out of essentials including cooked food, and toilet paper.

Sinclair, who set off on the Golden Globe with plenty of reading material, said he was largely listening to BBC radio for the final stages. “The only thing keeping me going is BBC Radio 4, but the programmes are recycled so I listen to The Archers twice a day, but some of the programmes are good so I am being educated on BBC Radio 4 which is quite quaint.”

Sinclair now has 100 days to prepare to start the second edition of the retro Golden Globe Race, which starts on 4 September from Les Sables d’Olonne. Currently there are 23 solo skippers entered, from 13 nationalities.