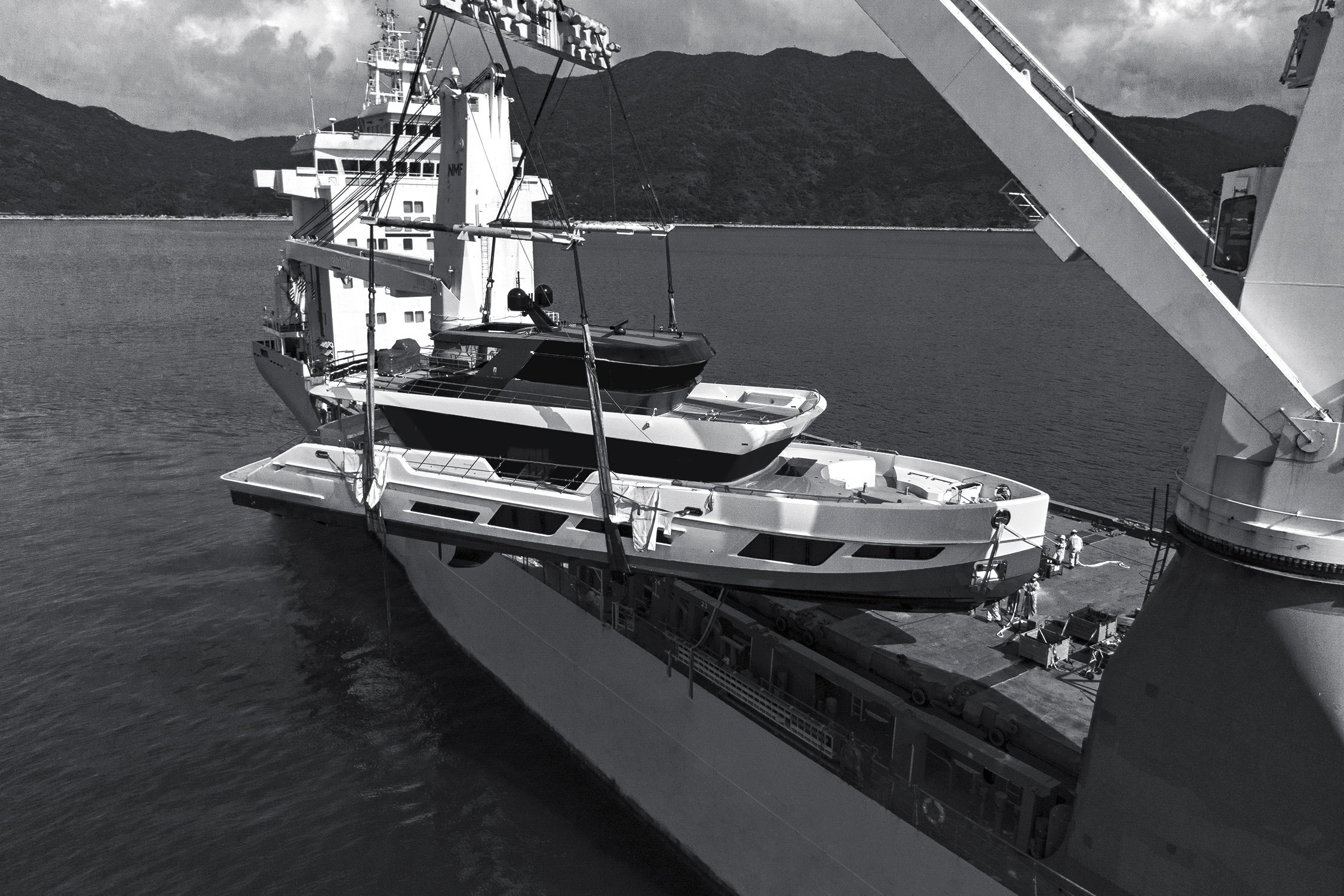 CL Yachts’s CLX96 is heading to the US, after its successful premiere event in Hong Kong.

The 29.5m crossover yacht, created in collaboration with designer Jozeph Forakis, is the flagship of the builder’s new X Series.

The yacht was loaded onto a transport vessel this month and is currently en route to Florida, via the Panama Canal, in time for sea trials ahead of its world premiere at the Fort Lauderdale Boat Show this October. 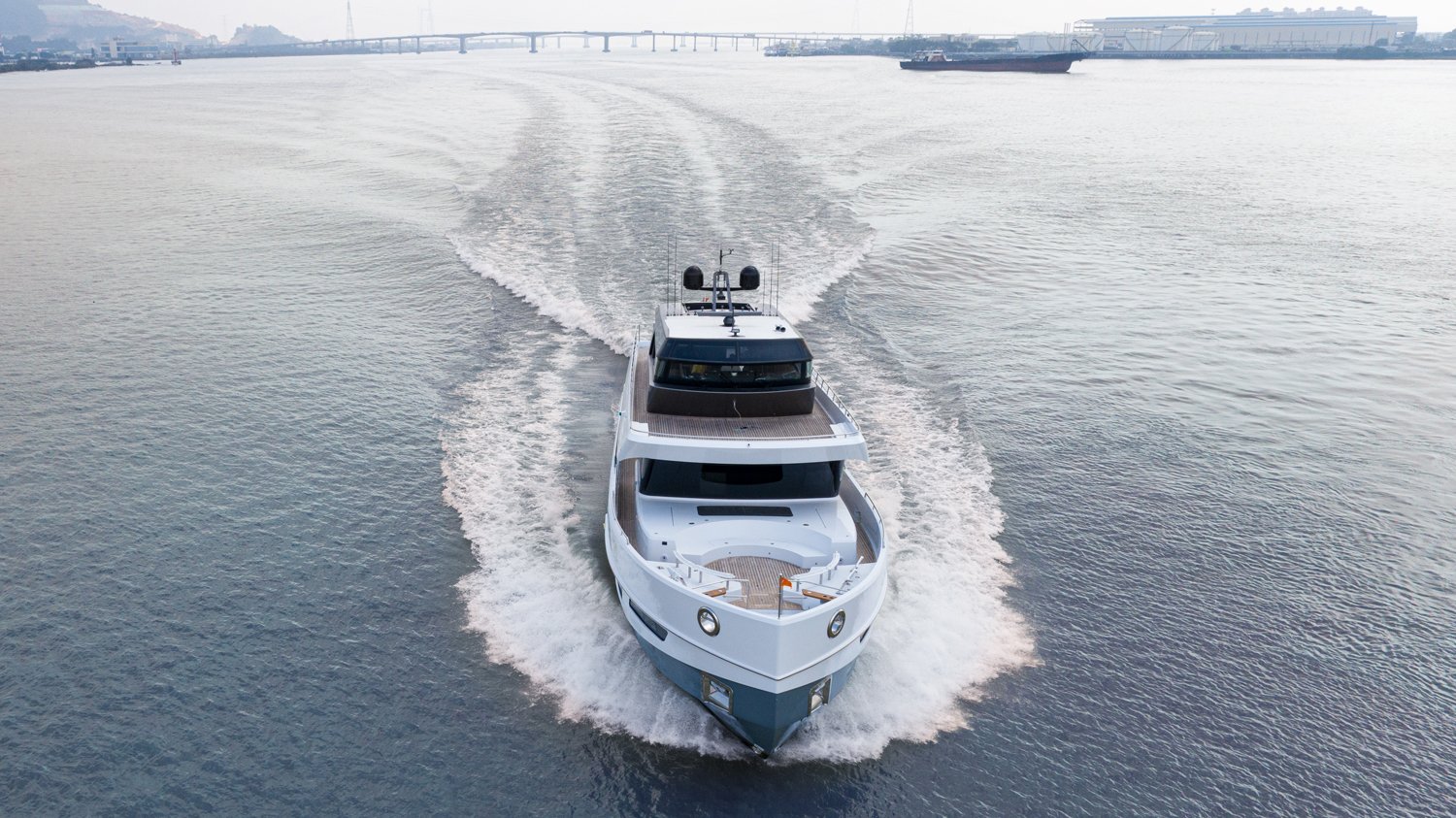 The CLX96 has a striking profile, with a double reverse-angle deckhouse that uses inverted trapezoids that maximize both volume and area.

The main deck is an open loft-like living space with large windows and bi-fold doors that offer a deep connection with nature. Featuring a formal dining area adjacent to a convivial galley with sit-up bar further complemented by the champagne lounge.

The 29.5-metre yacht, which launched in December, conducted a successful sea trial in January, and was able to reach a top speed of between 24 to 25 knots at full load condition with weights simulating tender and owner’s gear, the builder says.