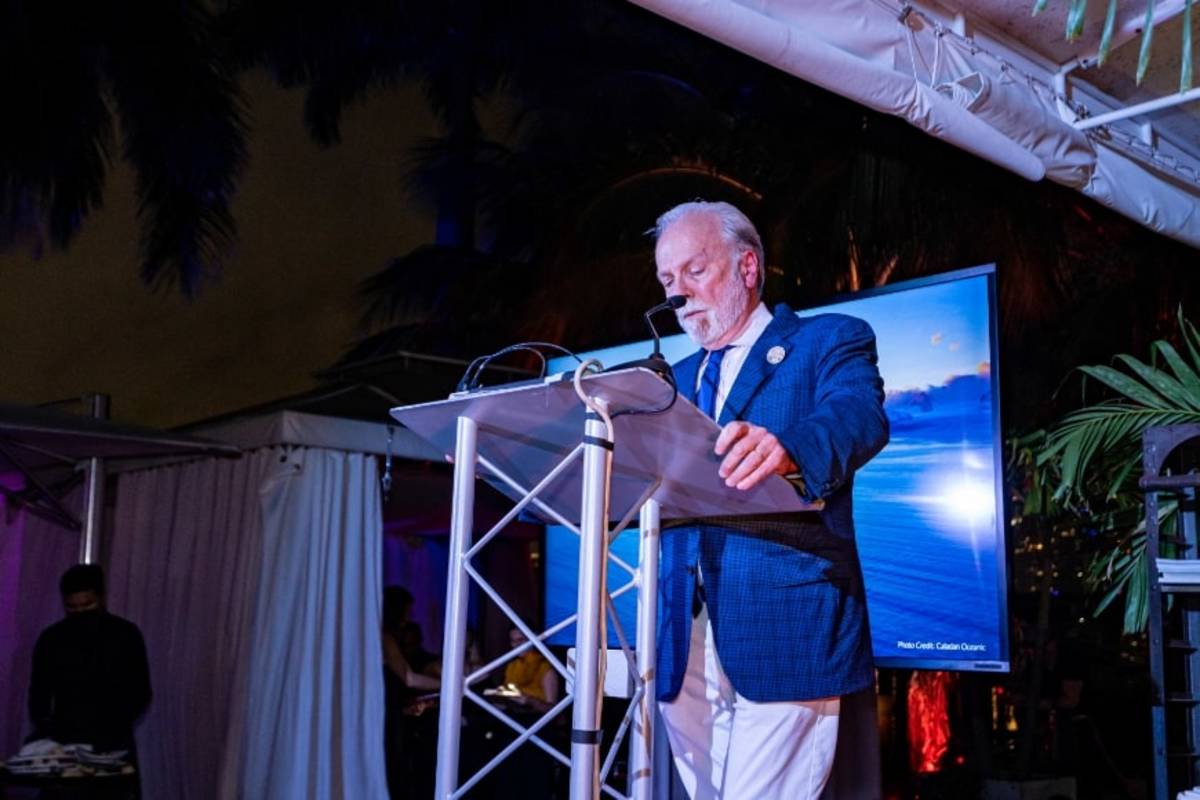 Yachts International is pleased to have once again been a media sponsor of The International SeaKeepers Society award. This year, honors went to CDR Victor Vescovo, USN (Ret.), as the 2021 SeaKeeper of the Year Award Recipient. While the NextGen Awardee was Blue Latitudes Foundation. And as always, Seakeeper’s honors its DISCOVERY Yacht Fleet.

Among other remarkable achievements such as climbing the highest peak on each of the seven continents, skiing the last degree of Latitude at both the North and South Pole, Vescovo has also dived the deepest point in each of the world’s five oceans. He is the first human to have reached the bottom of the Puerto Rico Trench, the Sunda Trench, the Molly Deep, the Sirena Deep, the Horizon Deep, and the deepest point in the Southern Ocean. At the end of his 2020 dives, Vescova had the unique record of eight total dives to the Challenger Deep, including the record for the deepest dive on April 28, 2019.

The NextGen award was given to the Blue Latitudes Foundation which was founded in 2018 by Amber Sparks and Emily Hazelwood, two marine scientists who met at graduate school at Scripps Institute of Oceanography. Their foundation is a women-owned small business and marine consulting firm that works with government and industries to unite science, policy, and communications to solve ecological challenges associated with re purposing offshore oil and gas platforms as reefs via the Rigs to Reefs Program.

Over one hundred and sixty guests attended the full capacity Seakeepers Award Soirée on Thursday, February 17th, during the Miami Boat Show. The gathering was held at The Deck, Island Gardens, where guests enjoyed cocktails and dinner in a superb setting with megayachts against a Miami skyline backdrop.

Dr. Sylvia A. Earle, 1998 SeaKeeper of the Year and member of the SeaKeepers Scientific Advisory Council, presented this year’s Seakeeper’s award to  Victor Vescovo and the NextGen award to Amber Sparks, from Blue Latitudes Foundation. In attendance as Dr. Sylvia A. Earle’s guest was SeaKeepers recipient of the 2013 SeaKeeper of the Year, David E. Shaw, Co-Chair of Sargasso Sea Alliance. Also in attendance were Chairman Emeritus Michael T. Moore, Chairman and President, Jay Wade, and Board Members Glen Allen and Mark Luther.

About The International SeaKeepers Society: SeaKeepers is a not-for-profit 501(c)(3) organization focusing on the health of the world’s oceans and climate. SeaKeepers works with the boating and yachting community to take advantage of their unique potential to further marine research and to raise awareness about the issues our oceans face. SeaKeepers acts as a global catalyst working with governments, scientists, institutions, and other marine organizations to further its mission and support sensible, achievable marine protection and restoration