On arriving by boat amid the Soko Islands, after shutting off the motor and enjoying the silence, it is possible to get that great feeling of splendid isolation that Hong Kong offers its yacht owners. The Soko Islands once bore small villages of farmers and a community of boat people. Now, the villagers are gone, leaving remote beaches and quiet anchorages.

The islands are also a key site for both of Hong Kong’s cetacean species. The sudden stoppage of high-speed ferries between Macau and Hong Kong during Covid-19 has allowed the Chinese white dolphins and finless porpoises to make a minor comeback.

The Soko Islands, consisting of two small islands and a scattering of rocky islets in between, are at the far southwest of Hong Kong’s territory, just two kilometres from the sea boundary with mainland China and four kilometres south of Lantau. 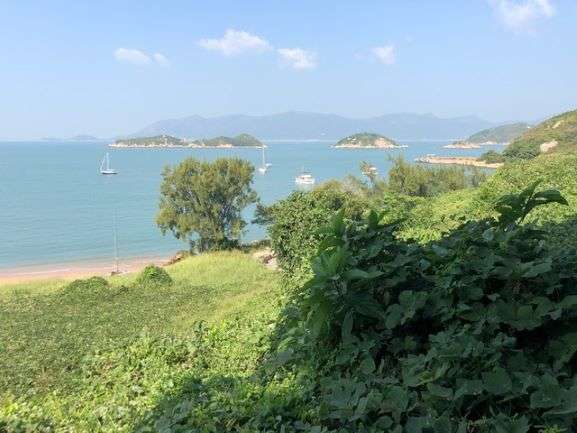 Under motor, they can be reached in about an hour from Aberdeen or from Lantau’s new yacht club. The Soko Islands are a beloved destination of many members of the Discovery Bay Yacht Club, where Richard Winter organises the annual Sokos Under The Stars rally to the Soko Islands every November.

“It’s a cruising paradise,” says Winter, who owns a 46-foot Moody sailing yacht named Soko, and has been visiting the islands for 30 years. He says there are places to anchor overnight year-round, though during the winter northeast monsoon, the southern island, Tai A Chau, offers better protection. Tucked away amid the bays of the Soko Islands, one is surrounded by beaches, rocky inlets and granite hillsides covered in dense tropical growth.

Tucked away amid the bays of the Soko Islands, one is surrounded by beaches, rocky inlets and granite hillsides covered in dense tropical growth

Winter says that the annual rallies used to attract up to 30 yachts of all shapes and sizes, with BBQs on the beach and overnighting in the small bays. A marine park has been discussed for the area, though nothing has been confirmed yet. 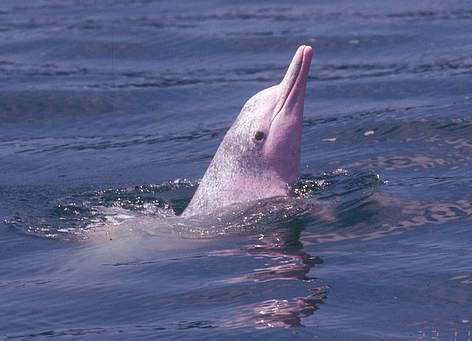 The Soko Islands are also frequented by the remaining populations of Chinese White Dolphins and finless porpoises. Winter says that with the elimination of high-speed ferries, their populations are coming back.

WWF Hong Kong, which monitors the dwindling numbers of dolphins and porpoises, many of which are battered by high-speed ferries, has also noted their slow return. The waters around the Soko Islands are the only place in Hong Kong where both the dolphins and the porpoises gather and considered to be one of the few remaining core areas left in Hong Kong for both species.

“The outbreak has given us an unexpected opportunity to monitor potential changes in the occurrence and habitat use pattern of local cetaceans during the cessation of high-speed ferry operations,” said Doris Woo, a conservation officer with WWF Hong Kong.

Woo says that with the end of the high-speed ferry traffic, more cetaceans have been spotted in the waters between South Lantau and the Soko Islands, a finding backed up by acoustic monitoring.

Today, only ruins of old village houses and graves remain

The first record of settlements on the Soko Islands was in 1899, though villages may have existed for longer than that. One history of the Sokos and other outlying islands written in 1938 by amateur archaeologist Walter Schofield suggested that one of the villages at Tai A Chau once had a shrimp paste factory that exported its products to North America and Europe.

Today, only ruins of old village houses and graves remain, and these can be seen on the short trails that extend from the beaches and piers on both Tai A Chau and Siu A Chau.

Tai A Chau was once home to over 200 people in two villages, Sheung Tsuen and Ha Tsuen, with Ha Tsuen having its own school and a reservoir near Sheung Tsuen serving the settlers, according to an archaeological survey conducted as part of impact assessment by the Hong Kong Environmental Protection Department (EPD) ahead of a proposed LNG Terminal. The terminal site was eventually moved to just offshore the neighbouring island of Shek Kwu Chau, sparing the Soko Islands further destruction.

Tai A Chau was once home to over 200 people in two villages, Sheung Tsuen and Ha Tsuen, with Ha Tsuen having its own school

The EPD survey revealed that construction of a detention centre to house Vietnamese refugees in 1989 on Tai A Chau had destroyed or obscured ancient archaeological finds, predating the early 20th century settlements. Ha Tsuen was destroyed to build the detention centre. Small shrines, including a temple to Tin Hau, goddess of the sea, are all that remain amid the remains of the old detention centre. The tiny Tin Hau temple was built in 1828, according to government documents. 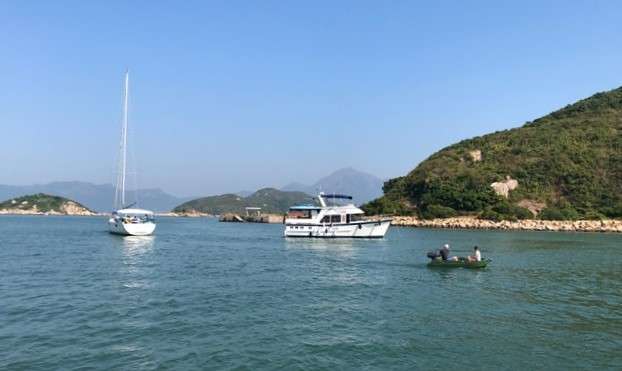 Once at anchor, guests can go ashore to take in the remains of ancient sea village life of Hong Kong

In 1980, the villagers and boat people of the Soko Islands moved to Cheung Chau using buyout money from a property developer wanting to develop a resort. The project didn’t come to pass, and apart from the damage of the refugee centre to the old village site, the islands have been left alone ever since.

For yachts and their owners, the Soko Islands represent a great respite from hectic Hong Kong, offering sailors and guests to take in some of the remnants of Hong Kong’s ancient villages, and perhaps spot a last dolphin or porpoise.

To participate in the Soko Under The Stars Rally (Nov 14 & 15), visit www.dbyc.net 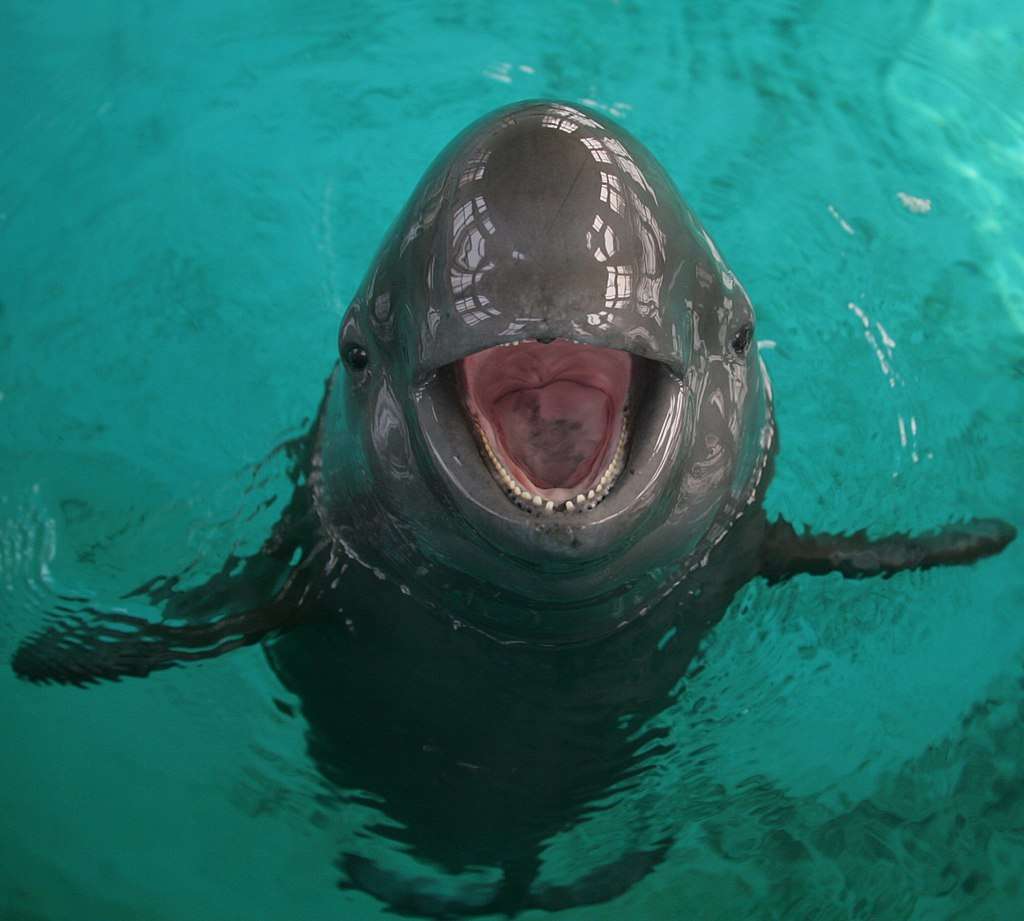 If you see a cetacean in Hong Kong

The Pearl River Delta has one of the world’s largest populations of Chinese white dolphins, approximately 2,000 individuals. But that number is declining at about 3% annually under severe human disturbance, with Hong Kong’s population dropping 80% in the past 15 years.

WWF-Hong Kong recommends that vessels operating near core cetacean areas should reduce their speed to 10 knots, minimise noise and do not emit any pollutants or waste. Agriculture, Fisheries and Conservation Department guidelines for dolphin watching state that yacht guests should never try to touch, feed or swim with dolphins or porpoises. Rather than “chasing a pod of dolphins”, yachts should allow cetaceans to approach or leave on their own. Chasing dolphins could separate mothers from calves. Never approach dolphins head-on, manoeuvre carefully and never reverse thrust if dolphins or porpoises are nearby.