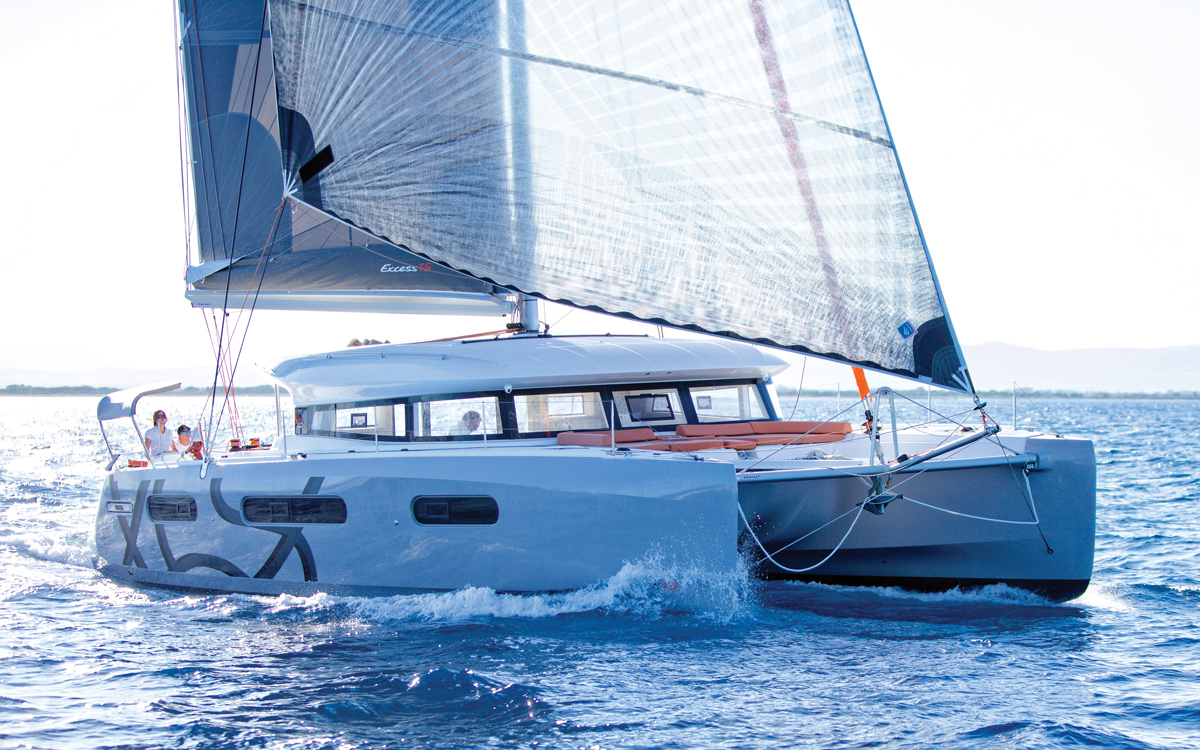 This is the first model from a new Groupe Beneteau brand launched at Cannes Boat Show. Toby Hodges gives his first impressions following a sea trial off Barcelona

Launching an entirely new sailing brand in this day and age of economic uncertainty is a rare, brave move. XCS or Excess is a new catamaran business, an arm of the Groupe Beneteau empire, forged from a desire to cater to a younger, more active generation.

Its launch was accompanied by some heavyweight marketing hype, with subtle details of parts of the designs released as teasers over the last year. Build something up too much, though, and you risk an anticlimax.

The group has stuck to the same designers used for its established Lagoon brand, VPLP and Nauta, and in its haste to get an unprecedented five new Excess models out in just 18 months, it elected to adapt existing Lagoon moulds for its first two models, the Excess 12 (Lagoon 39 hulls) and Excess 15 (Lagoon 50 hulls). 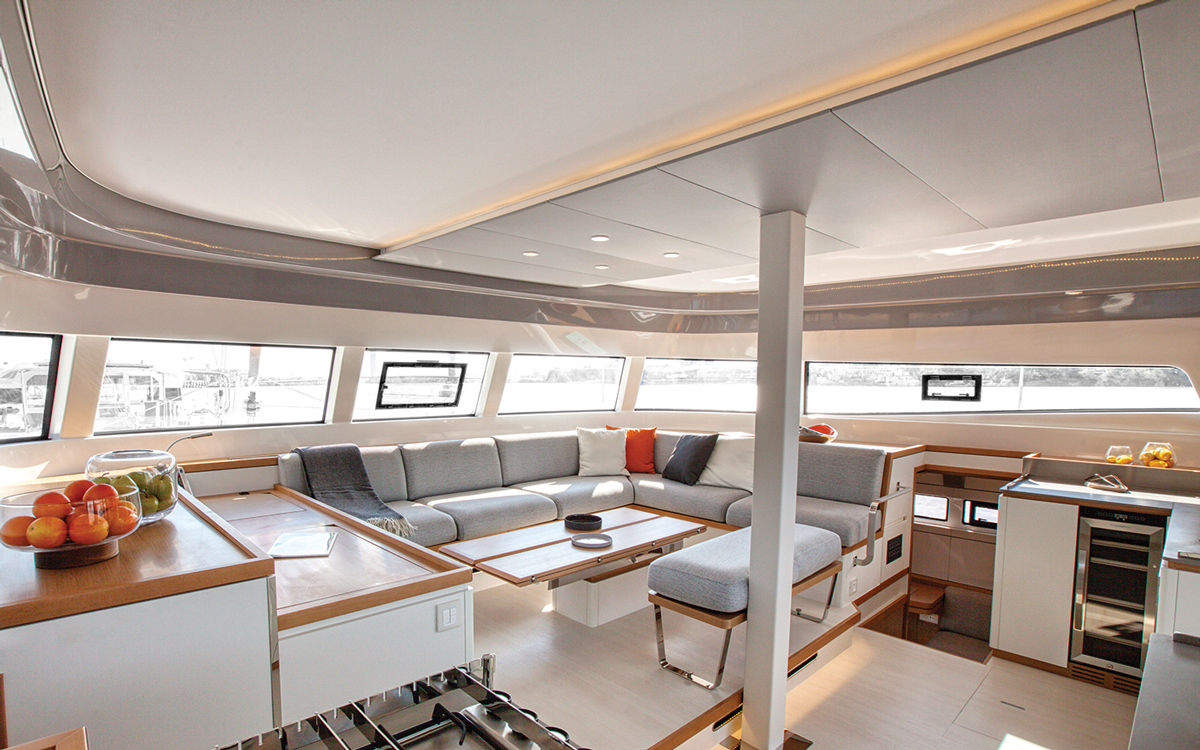 The clear glass vertical windows create panoramic views – and sightlines from the helm – yet without too much glare. Photo: Christophe Launay

Of course, it makes financial sense to share design and manufacturing knowledge with its sister company where possible but, for me, these first Excess models appear too similar to that well-established brand of popular catamarans.

The principal differences are that the helm stations have been moved to the aft quarters to give more direct sailing feedback, retractable biminis are an option to open up the cockpits to the sun, and the interiors are much brighter.

Weight has also been saved when compared with the Lagoon models, but as Lagoons are considered to be the heaviest production catamarans in the market anyway, the Excess is arguably no more performance-orientated than competitor cruising cat brands. 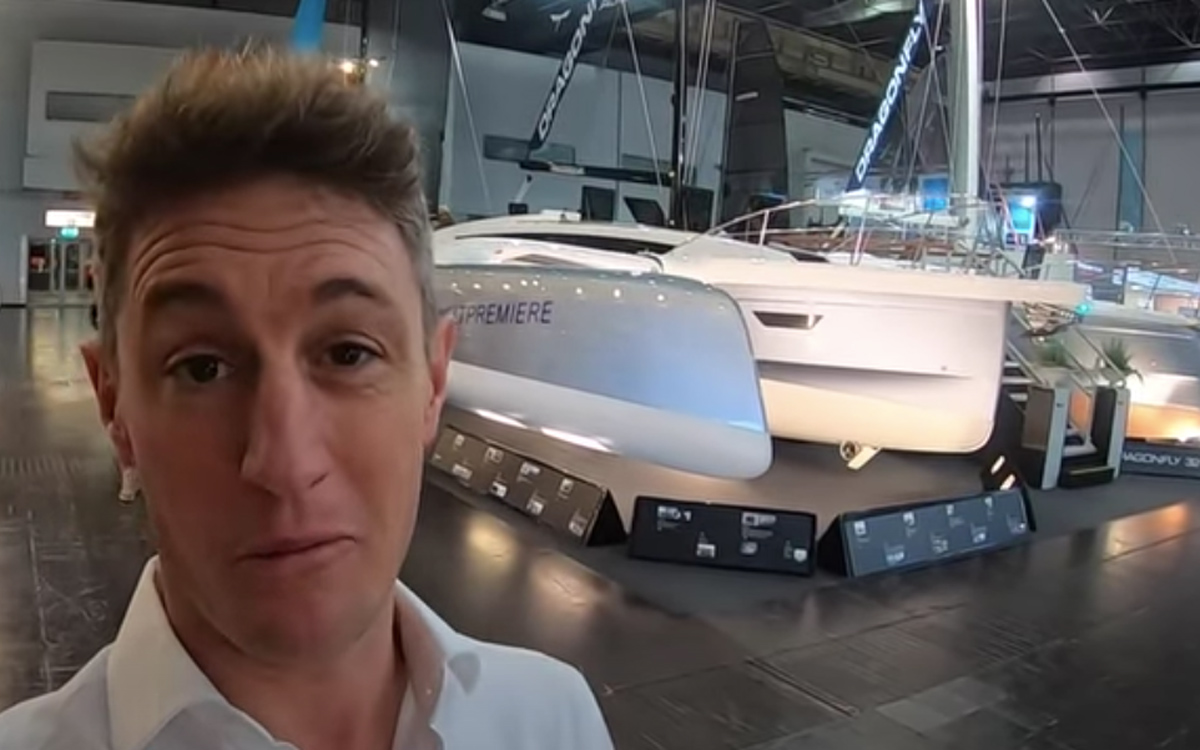 The Dragonfly 40 is bristling with neat touches and feels much larger than a 40ft trimaran might, both on deck… 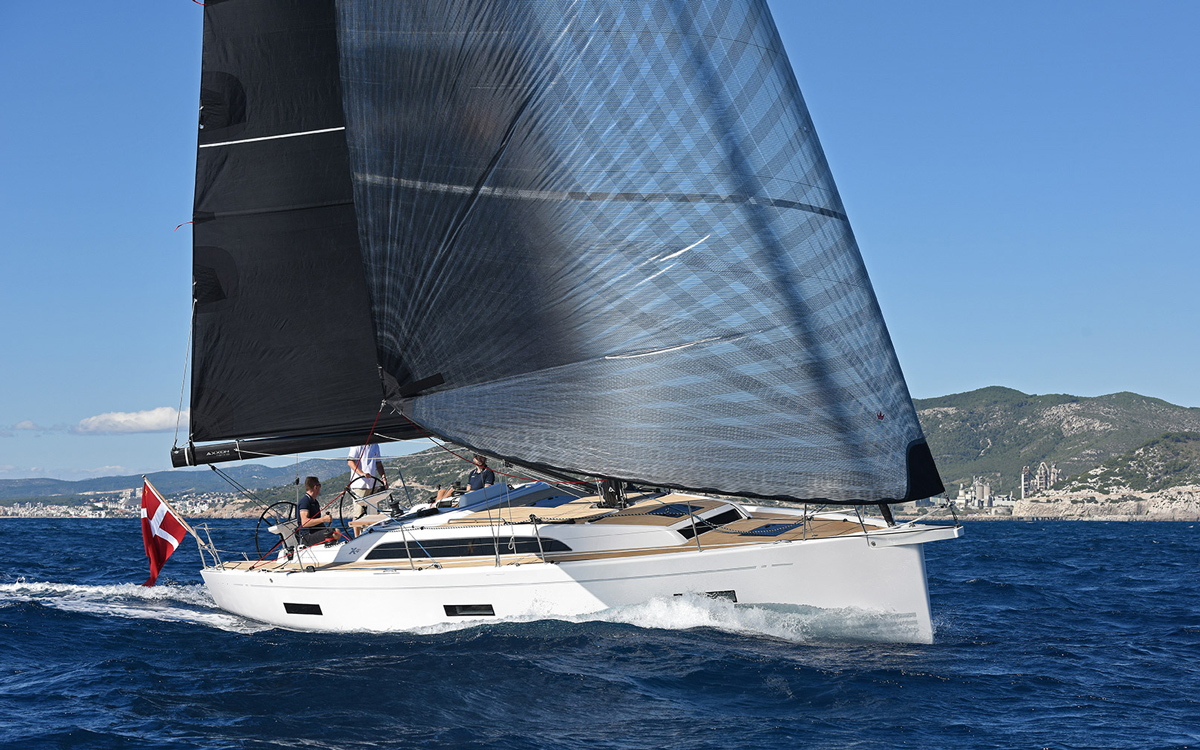 Yachting World has been a jury member for the European Yacht of the Year awards since its inception in 2004.…

The yard tried to save weight everywhere, product manager Bruno Belmont explains, shaving one tonne over target weight for the Excess 15 (compared to the Lagoon 50). “The big difference is how quickly you kill the engine,” he insisted when we first viewed the new Excess models at Cannes Boat Show. Belmont says that happens in as little as 5 knots breeze, or 1-2 knots sooner than a comparable Lagoon.

Our subsequent sailing trials proved his point. On a day where we would ordinarily have had to resort to motoring a cruising cat of this size, we were able nearly to match true wind speeds under Code 0 and asymmetric spinnaker (6 in 7 knots and 7 in 8 knots). Impressive stuff.

We were sailing the Excess 15 Pulse Line during the European Yacht of the Year trials. This has a taller mast and longer bowsprit than the standard boat and features graphics on the hull. Although the standard boat starts at €625,000, this Pulse model with its many extra options came in at €925,000 (ex. VAT). As a comparison, a standard Excess is more expensive than a Lagoon or Fountaine Pajot but includes more equipment. 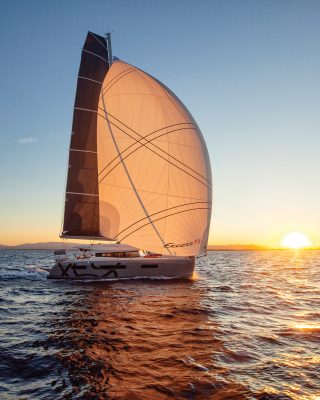 The Pulse has a taller mast, which helped the Excess sail in light airs, but rudder pressure issues were a concern. Photo: Christophe Launay

The rigs have very high aspect mainsails with short booms sheeted right aft. Shifting the centre of effort of the sail further aft, combined with the move to direct steering, gives greater response to the helm. But the benefits were marred by vibrations from the rudders.

My fellow judges also experienced problems with steering, especially when sailing in anything above 15 knots, where the pressure on the helm became unreasonably heavy. Excess is investigating the issue with the design team.

Sailors coming to the Excess 15 from monohulls may find the aft helm positions more familiar. A great deal of focus has been placed on making sure there is good visibility here, by using vertical and clear coachroof windows and forward-looking cameras fed to helm displays. The running rigging leads into large tail bags close to hand, which makes the Excess 15 easy to sail short-handed, yet leaves space for crew to contribute.

For the interior, the use of wood was minimised wherever possible to create a vibrant look with lots of bright areas. Elsewhere the accommodation is conventional, available with layouts from three-cabins to suit private use through to six cabins and six heads for the catamaran charter market.

The fact that we could sail at all in such light breeze shows that the design and lighter weight of the Excess 15 pays off. But this was the performance version of the 15. It may be lighter than an equivalent Lagoon, but it is no lighter than many similar sized standard production cats. Such a concept is surely flawed if you need to add more and more sail area to encourage the weight to move.

The test boat, with all its extras, costs over €1m taxed. The money appears to go on space and gadgets rather than build or finish quality. However, a full judgement is reserved until I have seen an entirely new Excess 15 – once any teething problems have been ironed out – and have had the chance to sail it in proper winds.