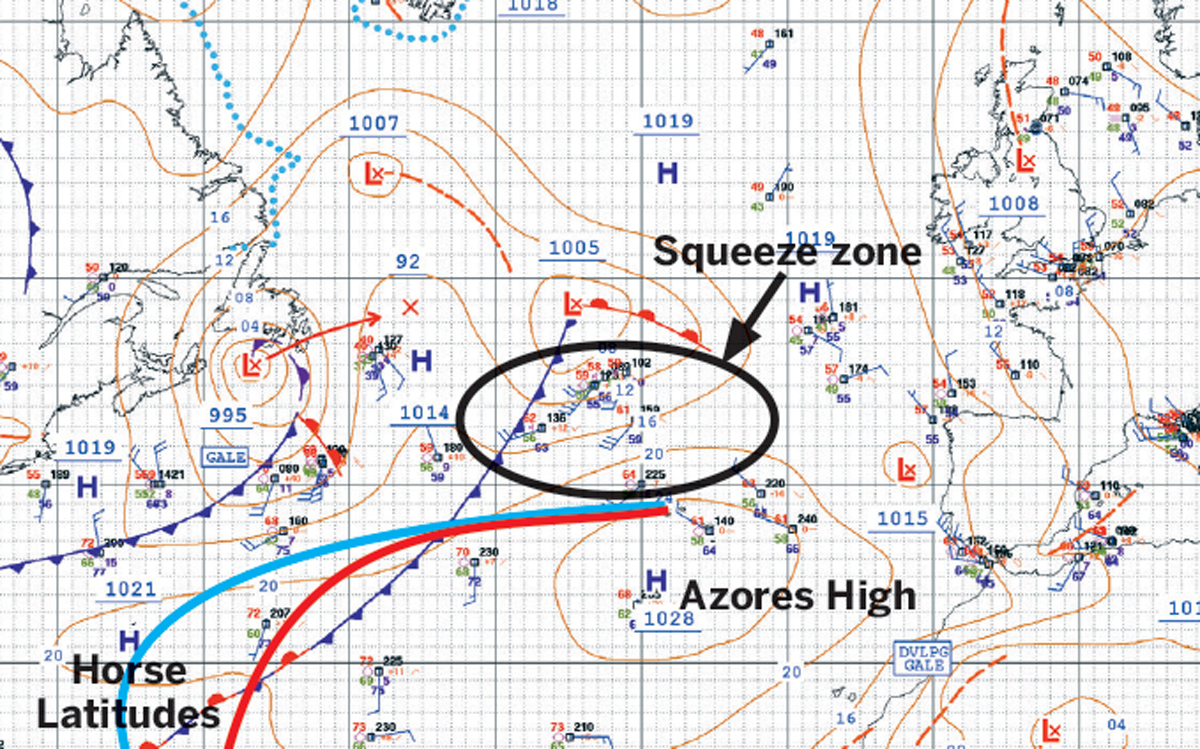 Sailing back home – or heading to Europe – from the Caribbean might not be the tradewind passage of the westward crossing, but with interesting islands on the way and some good sailing it should not be missed, writes Chris Tibbs

Ideal spring and summer conditions are when the jet stream makes a loop over the central Atlantic and passes to the north of Scotland. This allows the Azores High to migrate north and, as the lows follow a more northerly track, we can comfortably sail between the Azores High and the lows, which will give an average south-westerly wind direction. In reality the wind will usually swing from south to south-westerly, veering to north-westerly and then back again as the lows pass to the north.

This can also give a ‘squeeze zone’ where the isobars tighten between the semi-permanent high pressure (Azores High) and the transient lows. So we do have a passage of quite variable sailing as we follow the winds around the Azores High through the horse latitudes (30°) and into the disturbed westerlies. 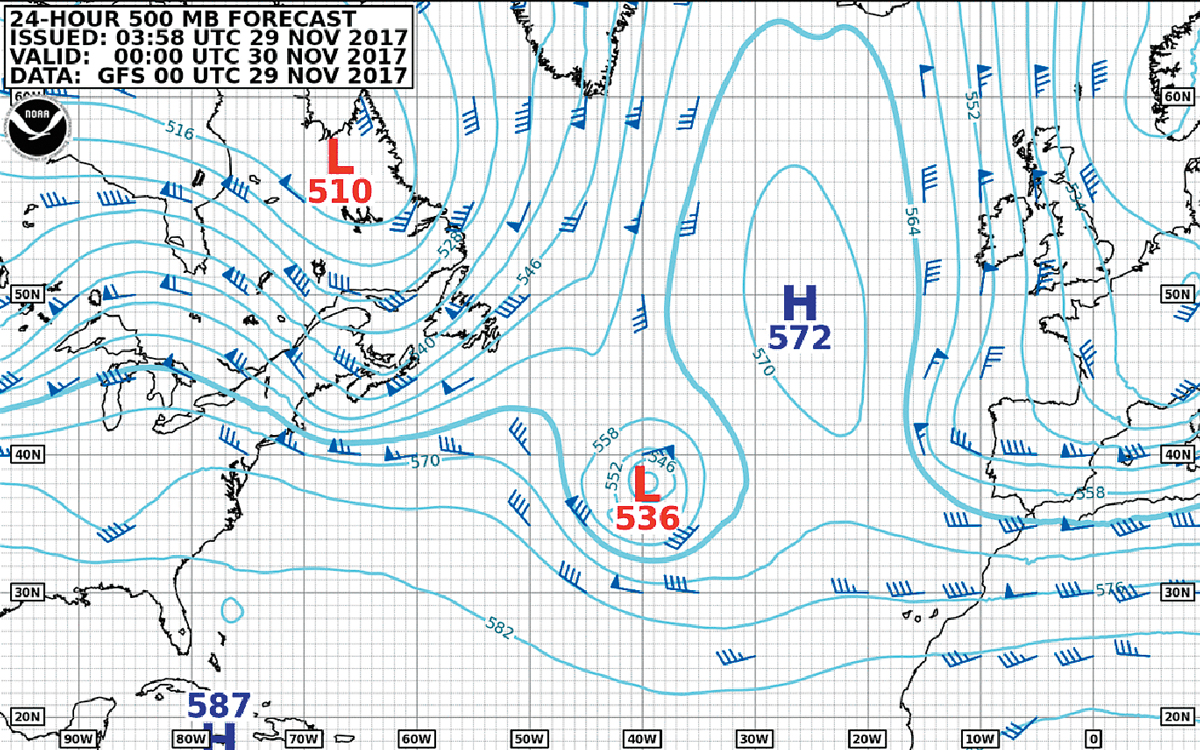 What is the jet stream? The jet stream is a ‘river’ of strong wind high in the atmosphere which is… 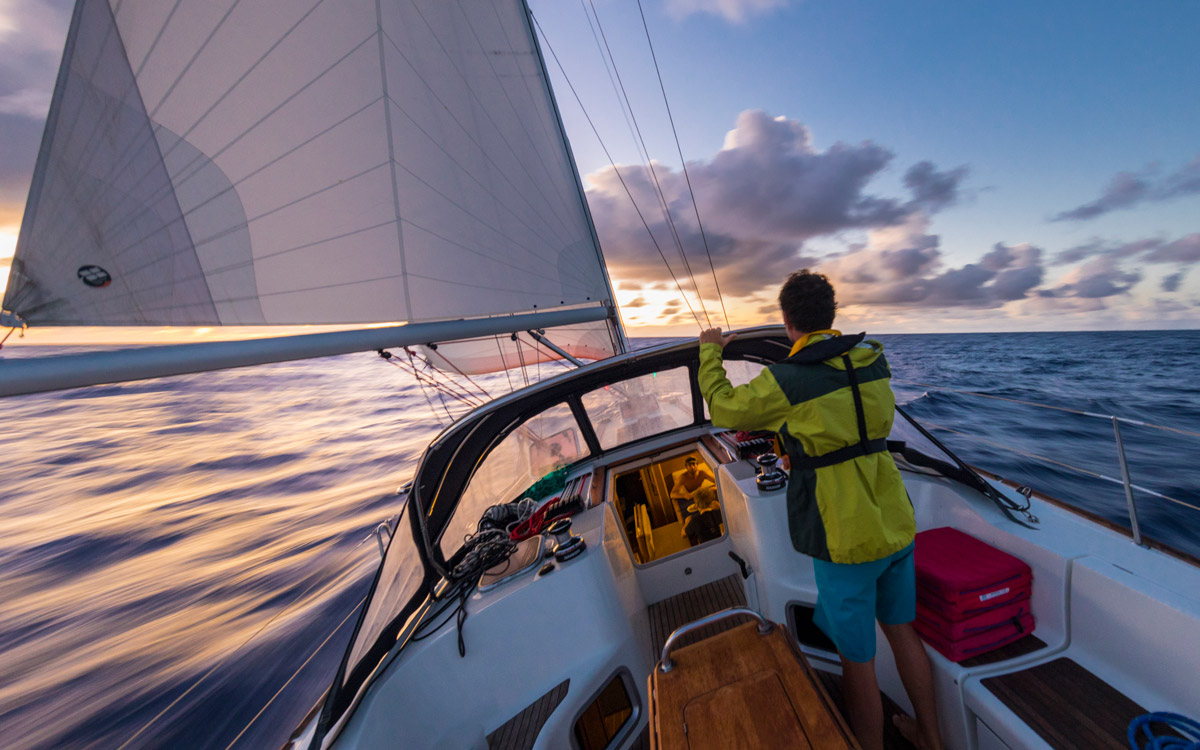 By early summer the peak Caribbean season is coming to a close, ushered out by a fusillade of big regattas.…

So, when is the best time to leave? It’s a balancing act between getting out of the tropics before hurricane season, but not getting too far north while the winter and spring depressions are rattling across the north Atlantic.

Leaving early risks heavy weather conditions as you get north, which I experienced one year leaving in early March. We got rolled approaching the Azores and, although the mast stayed up, it did get rather bent and we were lucky to get to the Azores without losing it completely. We were rather fortunate as we arrived on diesel fumes ahead of a northerly gale. A number of other yachts were in Horta with damaged rigging from the same storm.

Officially the hurricane season starts at the beginning of June, although full-blown hurricanes in June are rare. However, there have been tropical storms in both May and June.

So the majority of yachts leave in May (many after Antigua Race Week at the end of April). This makes sense as it gets them away from the tropics ahead of the hurricane season and North Atlantic gales are reducing; statistics indicate that the chance of gales along the route halve between April and May and halve again in June.

As we are sailing around the Azores High, the natural route is to head north at first until above the ridge of high pressure that typically extends from the high towards Florida (the horse latitudes) then head to the east as the wind veers.

This takes us close to Bermuda and many yachts make a stop there, it is a little further – but not as much as it looks on the chart as you’ll be pushed north by the wind. The first time I did the passage we passed close to the island but as we were not expecting to call we had no chart on board.

The further south and east our departure point is the more likely I would be to give Bermuda a miss; so if starting from Antigua I sail with the wind about 60° on the starboard bow and as the wind veers, and as we get north, maintain the wind angle until a direct course to the Azores can be made. Sometimes this works, but other times it is more complex as depressions pass close by and displace the high.

The vast majority of yachts call at the Azores. It is the crossroads of the Atlantic and, apart from anything else, is a great place to cruise.

A non-stop passage would tend to take you further north earlier in the passage and into potentially stronger winds on the western side of the Atlantic. This is because depressions tend to develop near the east coast of the US then track to the north-east, these lows can have active cold fronts that arrive with strong squally winds and can be quite unpleasant. By staying south the worst of these will pass to the north as the lows track towards the north-east.

From the Azores the choice is usually to head for the Med or to the English Channel. Here, tactics depend on the position of the Azores High; if heading for the Channel a northerly course at first should get you into the south-westerly air stream. I have found that we usually get one big blow on the way home as a depression passes close to the north-west.

This is not always the case as sometimes high pressure over Scandinavia gives a strong north-easterly. This being so there is not much to do except enjoy the hospitality of the Azores for a while longer. If heading towards the Med, a heat low over Spain will create the Portuguese trades, so better to keep a little north of the route and bear away a few degrees as you approach Europe.

The last obstacle is the Straits of Gibraltar. There is always acceleration in the Straits with the high mountains of Spain and North Africa generating a gap wind that can easily increase to gale force. If it is easterly a stop on the Algarve or Cadiz is a better option than trying to push on.

I have made this passage a dozen times or more and it nicely finishes an Atlantic circuit.

Chris Tibbs is a meteorologist and weather router, as well as a professional sailor and navigator, forecasting for Olympic teams and the ARC rally.

First published in the April 2020 edition of Yachting World.