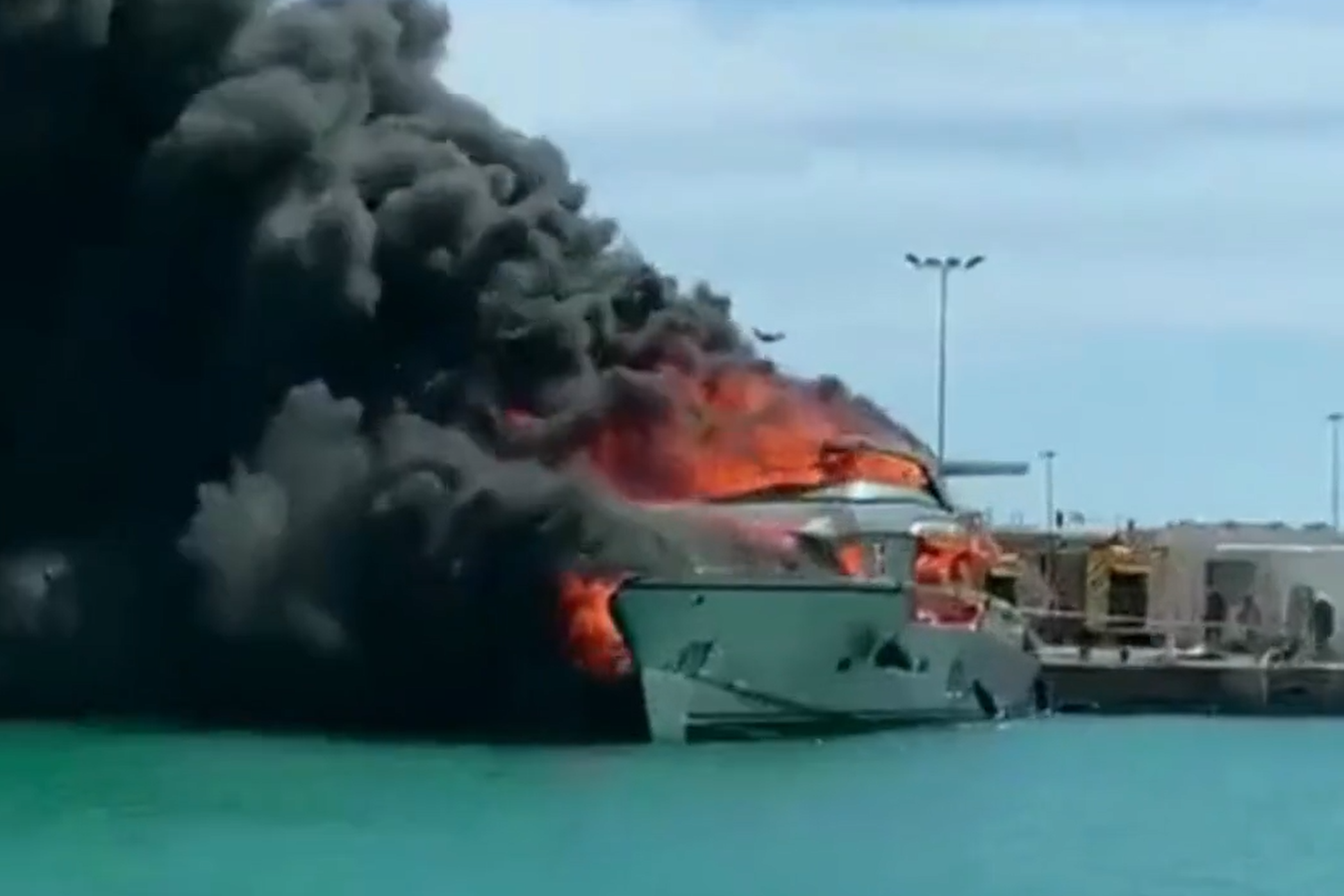 A 27m Sanlorenzo superyacht has been destroyed by fire in the Port de Valencia on Spain’s eastern coast.

The yacht, identified as Sanlorenzo SX88 Pesa in local media, caught fire at Marina Sur around 1 pm local time on Monday. The blaze was successfully extinguished after 12 hours, but the yacht suffered significant damage and partially sank.

Videos taken from the scene and shared on social media show large plumes of thick black smoke rising from the vessel, as concerned onlookers observe the firefighting efforts.

No injuries have been reported from the fire.

Local media reports that the yacht was worth 5 million euros, and had been carrying 8,000 litres of fuel. Emergency services state that there has been no fuel leak into the water.

Pesa was built by Italian builder Sanlorenzo in 2020. She could accommodate up to eight guests in four suites, with room for three crew on board.

The cause of the fire has not yet been confirmed, although initial investigations suggest the fire was started by a fault with the yacht’s lithium batteries.