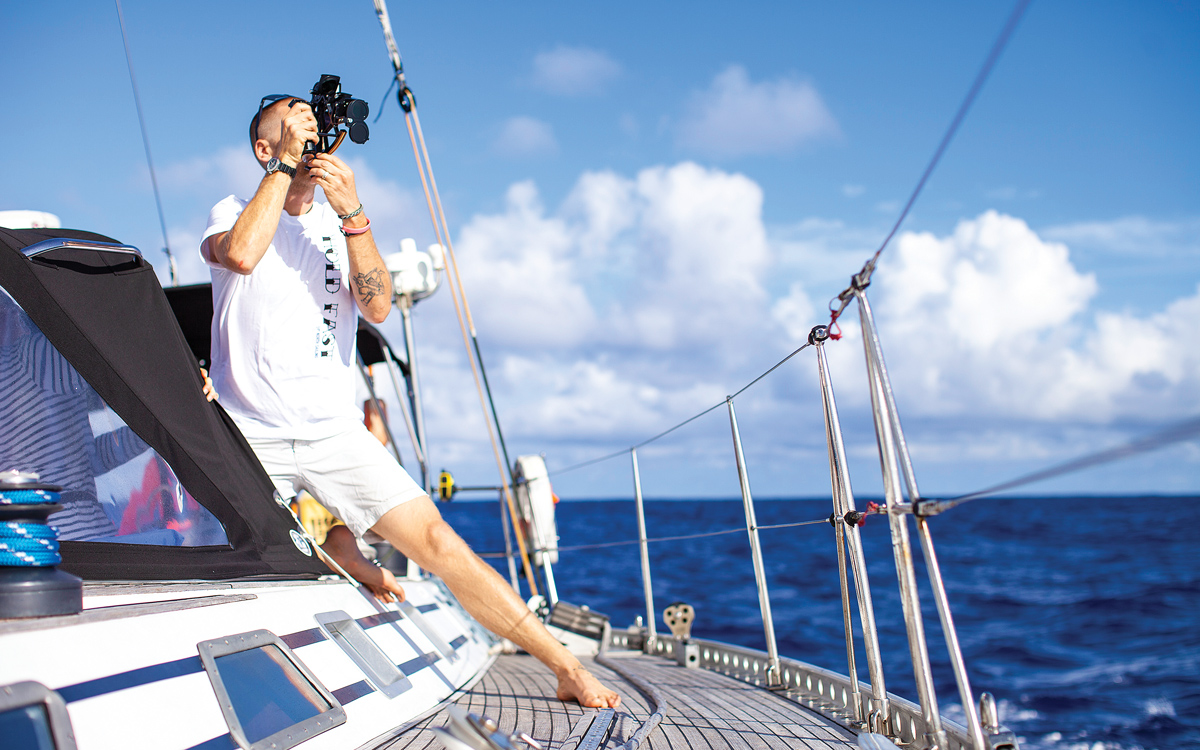 For decades celestial navigation was seen as an increasingly archaic skill, but there is now a resurgence of interest in these traditional navigation skills, writes Rupert Holmes

Sailor and navigation expert Stokey Woodall, who has made a living teaching celestial navigation for several decades, has seen interest rise steadily over the past five years. “People want to get back to basics, back to nature and are starting to realise we need a system that doesn’t involve electronics,” he says.

Bruce Jacobs of Rubicon 3 is another enthusiast whose passion has ignited interest in hundreds of others. Rubicon’s four 60ft yachts cover around 40,000 miles a year, using sextants as a primary navigation tool.

“Celestial navigation was always central to our vision right from the start,” Jacobs says. “It’s very much an extension of being in nature and makes you closer to it. It’s an amazing skill and I would encourage anyone to learn it.” 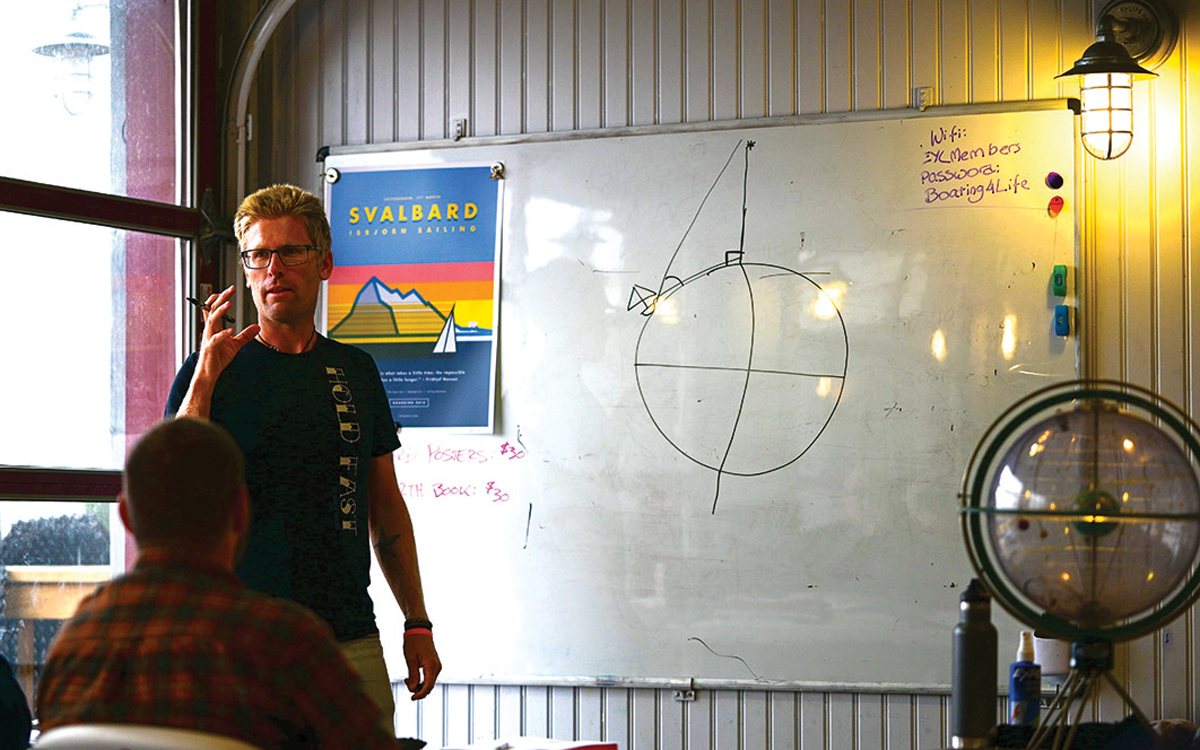 Good instruction, either online or in a classroom, will help you grasp the fundamental concepts. Photo: Kristen Berry

“I really like the way celestial navigation connects to the history of sailing and the challenge of using it offshore,” says Andy Schell of 59° North, which operates adventure sailing voyages on its Swan 48 and 59 yachts.

“It’s a fascinating mix of both art and science. The science behind it gives you a better feel for your place on the surface of the globe, including the relationship between latitude, longitude and time. You don’t get that in the same way using GPS.”

Lockdown has given many land-bound sailors the time to study, and celestial navigation has been a popular topic. In addition to using the sextant on every offshore passage, Schell teaches at least one land-based course a year.

I have tattoos of a rooster and a pig on my feet. They’re meant to protect me from sinking. I… 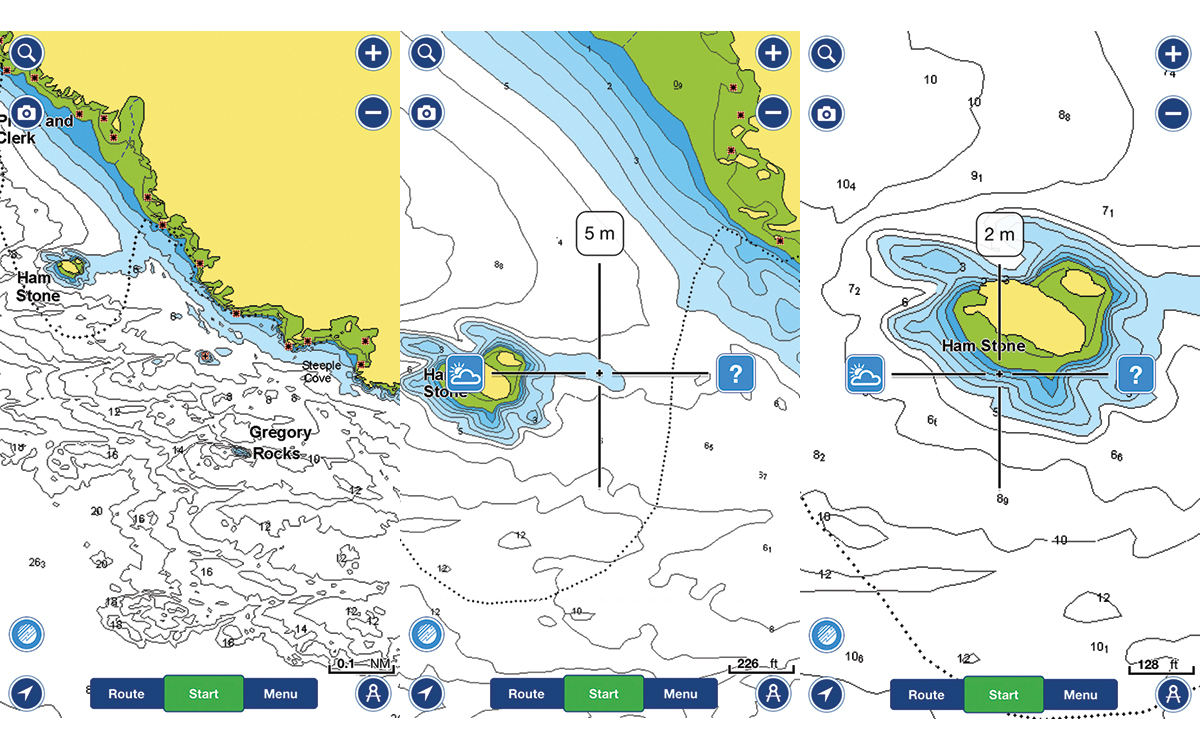 No matter how good navigation apps have become, using your smartphone as a main method of navigation is just not…

“Last autumn I did one, at which there were 20 people,” he says. “Four weeks ago, we taught a virtual course that had 60 people signed up over two weekends.”

To maintain his own skill set, Schell also has a policy of challenging himself to complete at least one passage every year navigating solely using celestial navigation. At sea, 59° North tend to do a 2-3 hour introductory session at the start of each trip.

The Golden Globe Race undoubtedly helped to foster curiosity in celestial navigation, demanding that skippers complete a circumnavigation using only techniques and technology available in 1968.

Timing is everything: a 4 second error on the time a sight was taken equates to a 1 mile mistake. Photo: James Mitchell

Most of the uptick in interest appears to be people learning for their own satisfaction. RYA training resource manager Craig Burton says that after a decade of steady numbers he has seen a growth of interest in the RYA Yachtmaster Ocean shorebased course during lockdown this year, with many people opting to do online courses at home.

While the majority view is that seafarers can happily rely on GPS, that thinking is by no means universally held. The United States Naval Academy dropped celestial navigation from its syllabus in 1997, but reinstated it in 2015 due to concerns about the potential to hack or spoof GPS signals.

Bruce Jacobs cautions against teaching celestial navigation to leisure sailors on the basis that GPS could fail, saying: “You lose people when you say that.” However, in a world in which we all have time constraints, there are some key practical skills that should be learnt before spending time on learning celestial navigation. As the first stage to guard against instrument failure, Jacobs advises skippers and boat owners learn how to use a multimeter to diagnose electrical system faults. 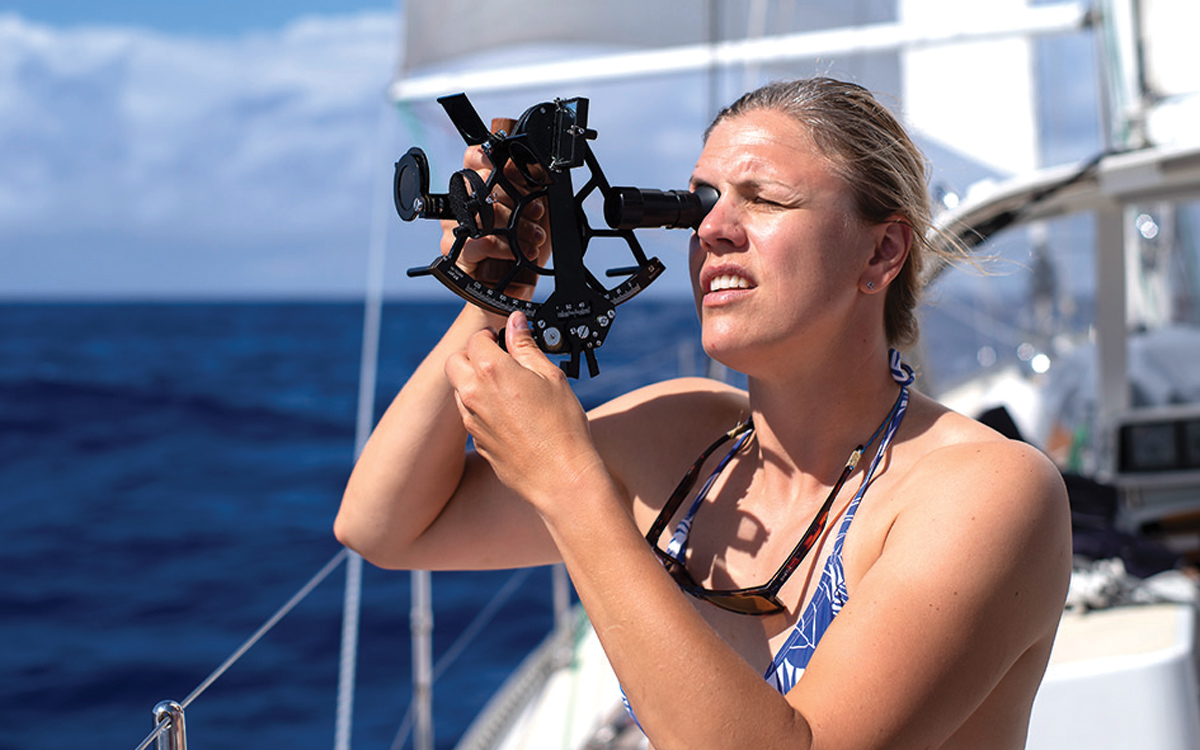 Not just for experts

One major barrier to learning celestial navigation is that it’s wrongly perceived as being difficult and time-consuming. However, there’s no need to plough through days of complex theory before you can take sights and calculate positions.

The widespread use of Air Navigation Tables for navigation at sea put an end to the requirements for spherical trigonometry well over half a century ago. Since then all that’s required is to be organised and to add and subtract. Each individual step is logical, easy and straightforward, while any complication simply comes from the number of individual steps involved.

Everyone I’ve spoken to, and indeed my own experience of teaching celestial navigation more than 20 years ago, agrees that the basics can be taught in as little as two or three days. Using a sextant in testing conditions on a small boat remains an art form that’s improved by practice, but it’s still possible to build enough skill to get useable results in a short time frame.

Noon sights are the easiest to work out and will give your latitude with very little calculation. However, they are often shunned by experienced navigators, as the need to track the sun for a few minutes before and after it reaches its highest altitude requires far more time on deck than for a conventional sun sight. And you don’t get a result if there’s a cloud in the way at the critical moment.

Even star sights are nowhere near as complex as is commonly thought – the seven most appropriate stars are tabulated for every approximate position on earth and every time of day. All you have to do is set the sextant to the altitude given, point it on roughly the correct compass bearing and you’ll see a bright star near the horizon.

Tweak the sextant so that the star is exactly on the horizon, take the time, and the sight is complete. After a bit of addition and subtraction you’ll get a proper three-point fix in exchange for a few minutes’ work. 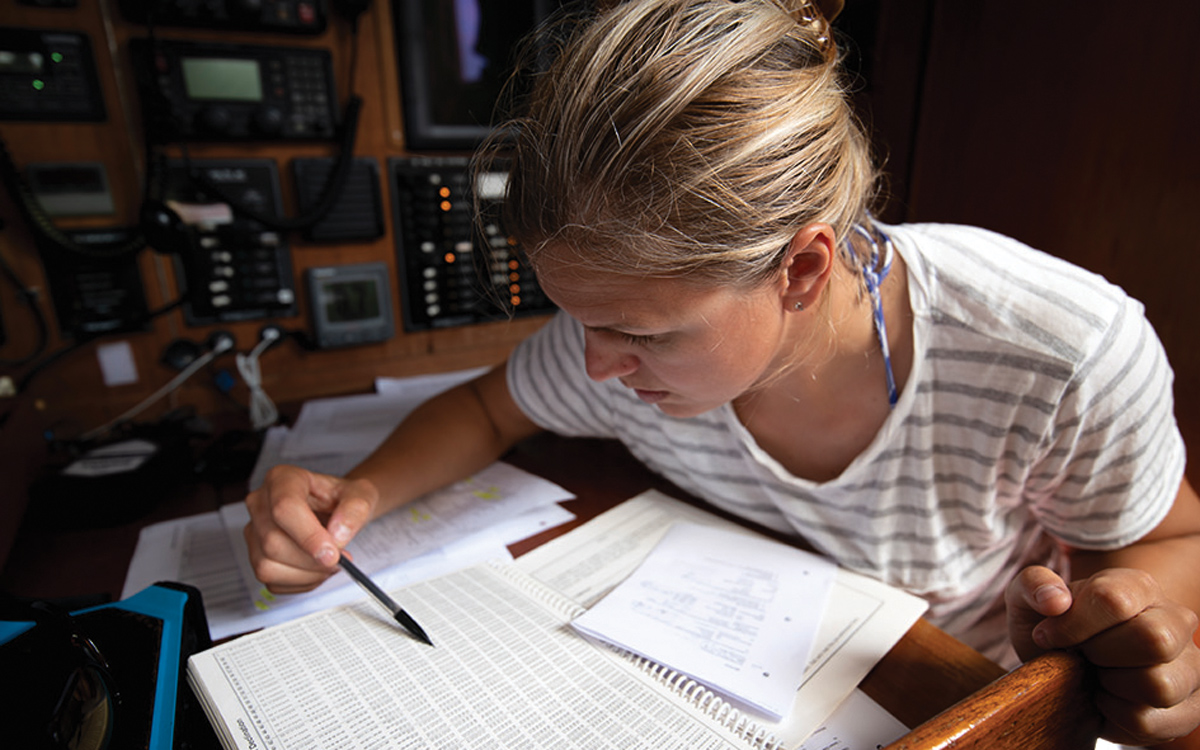 “The practical side is very simple,” says Woodall. “It’s measuring an angle and taking the time.” Teaching has evolved to speed the process and aid understanding, with less theory up-front and more time spent getting to grips with the basics.

“Once you give people a taste of celestial navigation and they realise there’s nothing complicated they get very enthusiastic and quickly enjoy it,” he adds.

But before learning about celestial navigation it’s best to be clear about your objectives. “There’s a huge disconnect now with people doing this as a box ticking exercise, where they take a couple of sights and think they’ve done it, but rarely use celestial navigation for real,” says Jacobs.

“We see it as an extension of the natural way of sailing, of the joys of working in nature. The most sensible way to cross an ocean is in an aircraft. To want to do it on a yacht, travelling at only seven or eight miles an hour, the joy of working so closely with the natural world is important. Celestial navigation adds to that and people love doing it.” 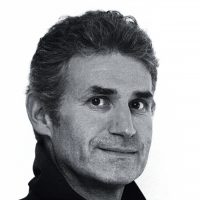 Rupert Holmes has more than 80,000 miles of offshore experience. As a Yachtmaster Instructor he also taught the RYA Yachtmaster Ocean course.