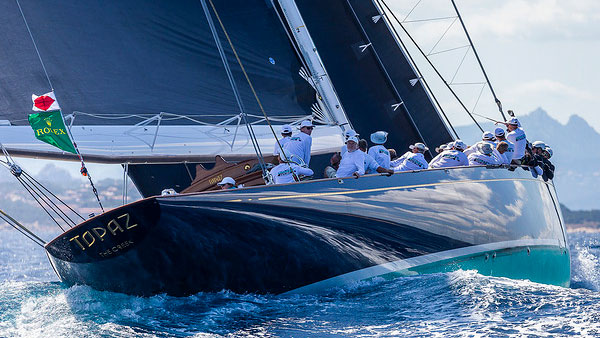 We ask top sailors and marine industry gurus to choose the coolest and most innovative yachts of our times. Former world No 1 match racer Pete Holmberg nominates J Class Topaz.

“I’ve climbed a lot of mountains so choosing the coolest is a tough one, but it has to be the J Class Topaz. I love what we are able to do, to bring it back and sail to a high level, combining history with modern technology.

“Figuring out how to manoeuvre this thing properly, accurately, and do it right, is the ultimate challenge. But we put it right in there; when we’re racing, we’re metres apart in these big things.” 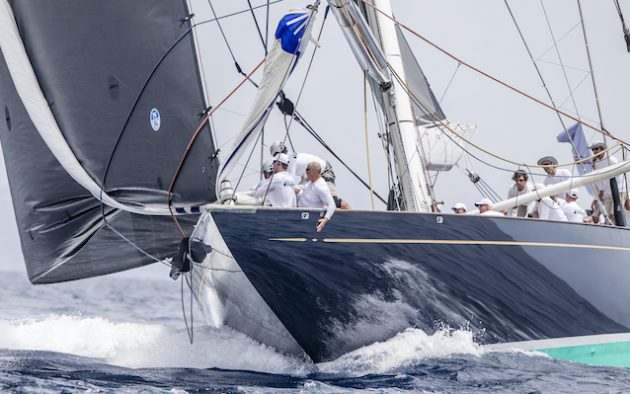 Holmberg is the racing helmsman on Topaz, J8, one of the most recent of the J Class yachts. She was built to a Frank Paine design from 1935, optimised by Hoek Design, and launched in 2015. Under Holmberg and her race crew, performance and results have steadily been improving. She won over Velsheda at the Superyacht Cup in June.

Holmberg says the addictive thing about the Js is that they are a challenge to handle, being slow to respond and with a race crew of over 30, and they will punish any mistake.

Peter Holmberg, 58, is one of the world’s top sailors. From the US Virgin Islands, he is an Olympic Silver Medallist in the Finn Class, and former world No 1 match racer with a wealth of elite level racing including three America’s Cup campaigns, memorably helming Larry Ellison’s BMW Oracle for part of the 2002 America’s Cup campaign in New Zealand. He is in demand as a professional sailor and sailing consultant.

“I cannot think of a better example of a happy cruising family than that of the crew of Duen,” So…

“Built in 1911 as a 19 Metre, Mariquita is one of the most beautiful yachts afloat, and I’ve had the…