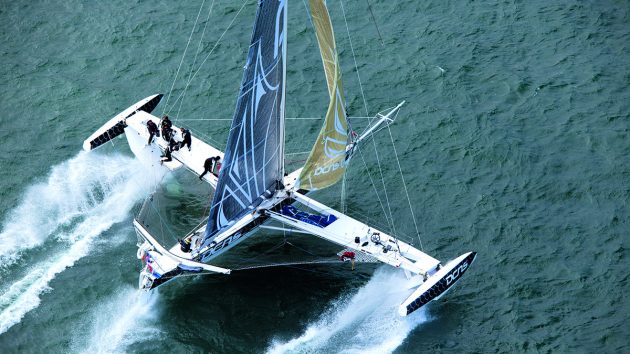 We ask top sailors and marine industry gurus to choose the coolest and most innovative yachts of our times. Pip Hare nominates Hydroptère

“I thought Hydroptère was the most incredible boat for a long time,” says Vendée Globe solo sailor Pip Hare of the groundbreaking 60ft (18m) foiler. “It was the first flying boat we’d ever seen. It crossed oceans and also was going for the 50-knot record.”

The experimental hydrofoil was the brainchild of skipper, helmsman and project founder Alain Thébault, together with design studio VPLP. It was built on principles Thébault proved as early as the Nineties and launched in 2008 – over a decade decade before the Ultimes evolved into the foiling offshore multihull class we know today. 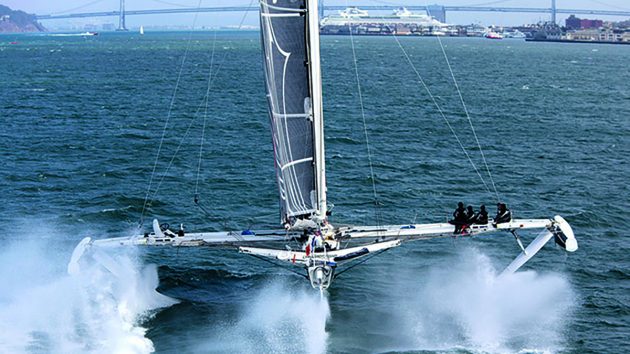 Hydroptère blasted into the record books shortly after she was launched, grabbing the 500m record for the D Class (44.8 knots) and the nautical mile record (41.6 knots). The team’s ultimate goal was the outright sailing speed record over 500m. In 2009, she pushed this to 52.8 knots, and in the same year set a record of 50.1 knots over a one-mile course.

But that record was in turn pulverised in 2012 by Paul Larsen in Vestas Sailrocket 2, when he set a new world sailing speed record of 65.5 knots.

Make sure you check out our full list of Coolest Yachts.

Pip Hare is a regular contributor to Yachting World and a hugely experienced experienced coach and solo sailor. She gained wider fame in the 2020-21 Vendée Globe when she raced a 20-year-old IMOCA solo around the world on her first attempt to be first British skipper home. Among the many accolades she received for the achievement, she was named YJA Stoneways Marine Yachtsman of the Year in 2021. She had previously competed in the Mini Transat, and offshore classics such as the OSTAR and Transat Jaques Vabre, and is now campaigning for the 2024 Vendée Globe with a newer, foil-assisted design Medallia. Follow at www.piphareoceanracing.com