We ask top sailors and marine industry gurus to choose the coolest and most innovative yachts of our times. Yachting photographer Rick Tomlinson nominates Jolie Brise.

“This choice is made out respect for the boat (and crew),” says Rick Tomlinson. “There is nothing new in sailing, it’s all been done before by someone. Jolie Brise is over 100 years old but has much in common with the latest trends in yacht design – a long bowsprit, loose-luffed furling headsails and a fathead mainsail (that’s supported by a gaff rather than carbon battens). 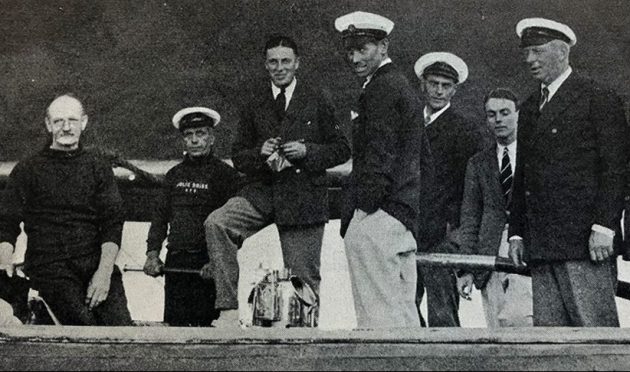 “I have photographed Jolie Brise many times but when skipper Toby Marris asked me if I could get a shot of her rounding the Rock in the 2013 Fastnet Race I voiced my concern that they were likely to round in the dark. His response was: ‘No problem, we can sail over a week before, do the pictures, then sail back and do the race!’”

That photoshoot was to commemorate the 100th birthday of Jolie Brise. She won the very first Fastnet Race in 1925 and is still constantly sailing. Owned by Dauntsey’s School, she is crewed by students who regularly sail her across oceans.

Rick Tomlinson is one of the world’s most pre-eminent yachting photographers. He began racing as crew on board Simon Le Bon’s Drum in the 1985 Whitbread Round the World Race, where he pioneered onboard shooting styles including long exposure night images. He sailed in four Whitbreads and has since photographed Volvo Ocean Races, America’s Cups, and yachting expeditions all over the world.

The coolest boat, for sure, is the Star, writes Enrico Chieffi. Clearly, on one side it’s for personal reasons, because…